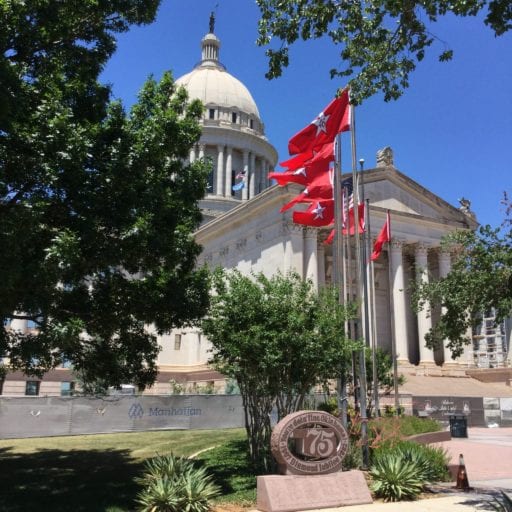 Similar to most folks I find much to like and quite a bit to dislike in the FY 2022 budget for the state of Oklahoma.

One obvious flaw has nothing to do with the numbers but is found in the picture of the governor and three lawmakers each from the Senate and the House. No women, no Democrats and no minorities are represented so the views, opinions and backgrounds of 55% to 60% of our state’s population were not heard in the closed door negotiations, at least not the serious ones that made the big decisions.

Second, there are so many new/modified/re-modeled programs within the FY ‘22 blueprint no lawmaker, except perhaps the few who designed it, should even try to claim an understanding of the document now under presentation and then passage. In the time left for budget work that is literally impossible to accomplish.

Third, and most dangerous, the current power brokers at the Capitol have given only lip service to their once valid worry about cutting the tax base … again, only three years after raising it. Senate President Pro Tempore Greg Treat originally showed wisdom and backbone by rejecting House Speaker Charles McCall’s tax cut sop to corporations and high income earners, but bailed out overnight.

Fourth, Republicans who always express opposition to “growing government” have decided the opposite for next year, but it is built on a false bottom because of the delivery of enormous amounts of federal tax dollars that make it possible.

Fifth, as House Minority Leader Emily Virgin points out, a disproportionate percentage of discretionary education spending goes to the 7% of Oklahoma students in private schools at the expense of the 93% in our public schools.

Sixth, too many of the new dollars are not new at all. They just are backfilling where deep cuts were made over the last 10 years due to bad management during the Fallin Foolishness.

On the positive side there are several initiatives worth applauding.

To wrap up let’s give this budget a B-. It could have been an A if Stitt’s endless demand to keep nearly $1 billion in the Rainy Day Fund had been rejected and here’s why: In the private sector reserve funds are presumed adequate when they meet about 3%-5% of the average annual expenditures of that firm. Stitt should know that. However, with the RDF at an excessive $1 billion, that equals to about a 12-14% safety net, reserve fund, whatever you want to call it in state government when it could be better invested in health, education, public safety and infrastructure. Only when that is done will the governor’s admired goal of getting Oklahoma into Top 10 categories ever be accomplished. Otherwise, they will always remain goals, not facts of life in our historically poor state.