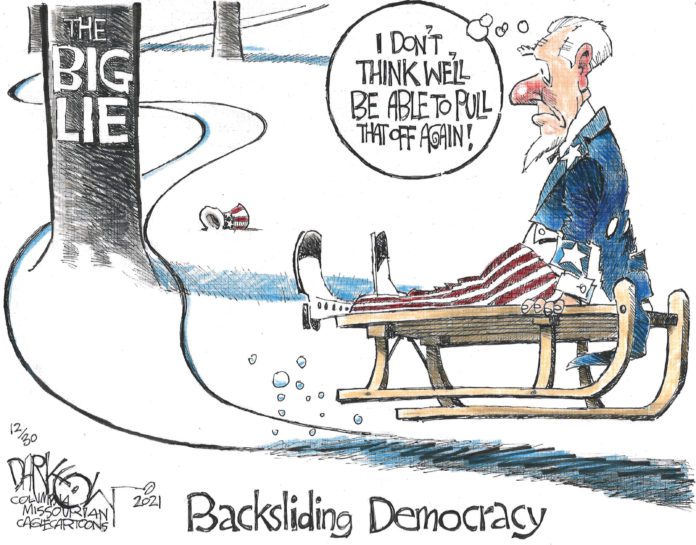 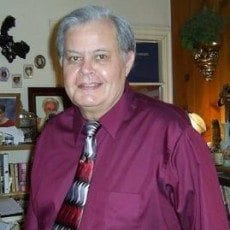 The new year looms and whether we will continue our long convoluted and often messy experiment in democracy will hinge on whether or not we can get the John Lewis Voting Rights Act passed and stop the slow-moving coup attempt to destroy our democratic form of government.

Sadly, it appears that too many of our fellow citizens aren’t paying attention and much like the allegory of Al Gore’s frog we could lose our democracy because too many people are not listening nor seemly care if that happens.

When did people stop caring about our nation and the Rule of Law? I guess when they stopped teaching government and civics in our classrooms?

And why do so many people seem to be so afraid of learning about our sordid past that includes the enslavement of millions of our fellow citizens? Or the push for Manifest Destiny which was essentially the destruction and displacement of our indigenous population that was here long before white settlement?

Our Founders, as flawed and imperfect as they were, laid out a roadmap for us to go by and gave us the ability and the tools by which to work towards “a more perfect union.” And initiated our experiment in democracy which we keep trying to drown in the bathtub, throwing it out with the bathwater.

What is wrong with airing our dirty linen and teaching our children who we are and where we started with our flaws, warts and all?

Someone once noted that, “Nations who failed to learn the lessons of history are doomed to repeat them.” Why can’t we learn the true lessons of our history and work together to build a more perfect union from the ashes of our failed past misdeeds and missteps?

Our Founders gave us the blueprint to make us a nation where the color of our skin was less important that the content of our character and yet we still seem headed down the path of going the way of other long forgotten societies by self-destruction from within.

We have stood our ground against forces that have worked to destroy us and been highly successful in so doing. And here we are in the 21st Century having to deal with people from our own nation who seek to destroy a way of life that has made us the envy of the world of nations many times over.

It makes no sense. We are by our very foundation and tenets meant to be a diverse nation of immigrants where anyone – indigenous or newly arrived – could live the American Dream and thrive regardless of the color of our skin, or religious beliefs. We were founded with a lot of warts and flaws but our most sacred document, our Constitution, gave us the ability and a pathway to overcome our bad traits and flaws.

And here we are today where nearly 40% of our people believe in false conspiracy theories and quack medicine over truth and science. A science that has wrought so many modern miracles that have saved literally millions of lives and allowed a progress that our Founders never envisioned though they, through their desire to form a more perfect union and promote the general welfare, laid out a document that has helped bring about those very miracles and progress.

We have a whole political party that stands ready to destroy all of that which we have accomplished and turn our nation over to the darkness of quackery, fascism, hate, racism and bigotry.

It makes no sense whatsoever! What happened to “We hold these truths [TRUTHS] to be self-evident, that all are created equal”!?

– Bob Bearden is chair of the Board of Trustees of the Central Oklahoma Labor Federation and a member of Mayflower Congregational Church, UCC, in Oklahoma City