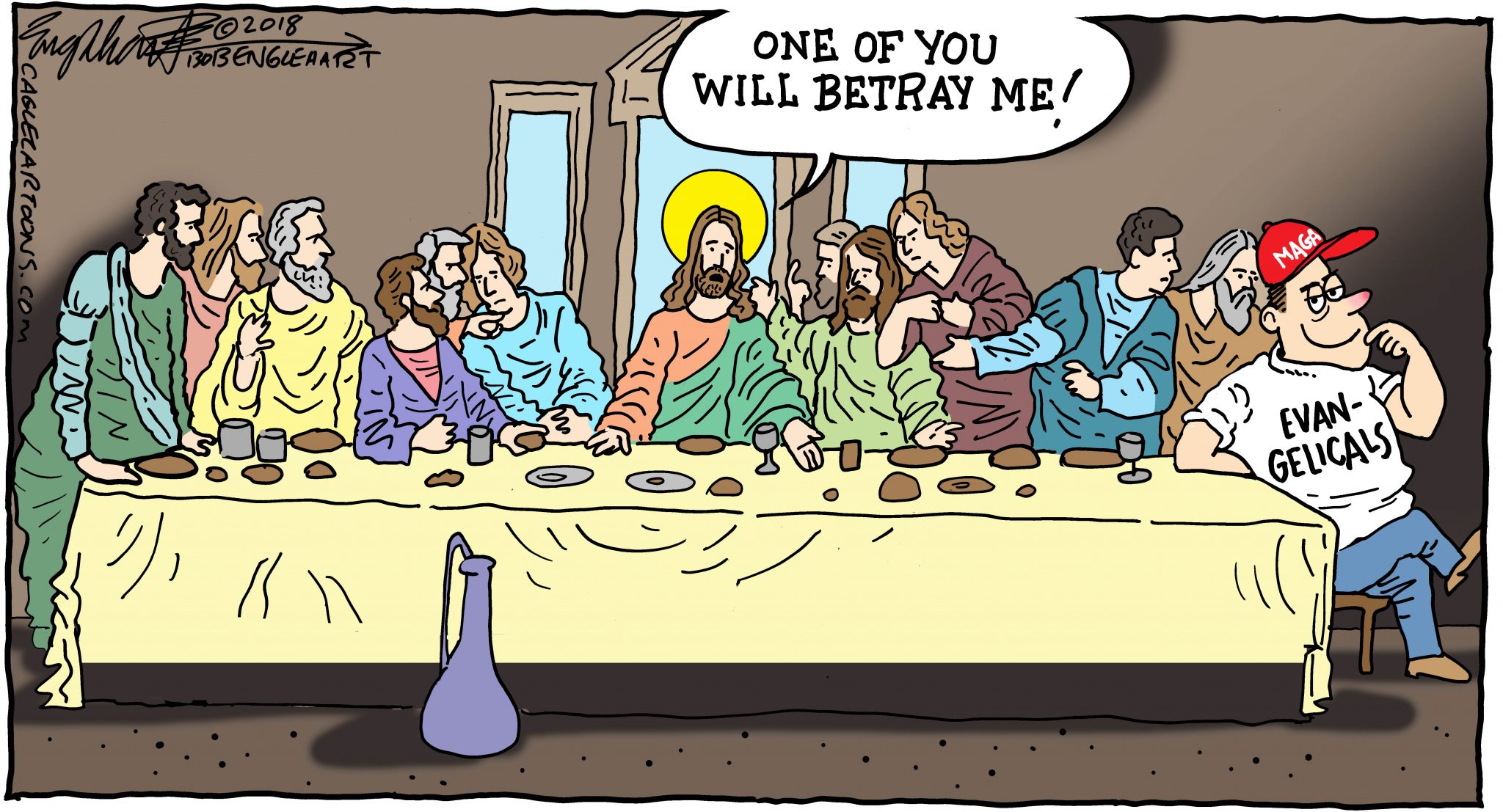 Typically when we think of Jesus, an angry Jesus is not what first comes to mind for the majority of Christians. Loving Jesus, meek and mild Jesus, forgiving Jesus, healing Jesus, servant Jesus, obeying the governing authorities Jesus, saving Jesus, he’s got the whole world in his hands Jesus, and coming back soon Jesus – these are the images of Jesus that tend to get more play in our culture these days, especially among self-described “evangelical” Christians.

We tend to stick with the “safe Jesus” and the “not going to rock the boat Jesus.” This Jesus isn’t going to piss off too many people. This Jesus won’t run off the wealthy donors in our churches. We can build big church buildings and create mega-churches with this Jesus. We can square this Jesus with just about any political or economic perspective we might have. This Jesus gives us a pass when it comes to climate change and the fact that we are responsible for starting the sixth great extinction event in the history of earth, because the world as we know it is going to end soon anyway, so why do anything that might radically change the status quo for nothing?

This Jesus is in control, and we don’t really have to worry too much about our economic and political actions with a Jesus like this.

The problem is that this image of Jesus, although based on some truths [Jesus is loving, healing, serving, humble, and forgiving], hides the fullness of how Jesus was depicted by the Gospel writers. It ignores the justice-seeking Jesus; the Jesus who spoke woe to hypocrites; the Jesus who was baptized by the one who preached repentance and warned people of the wrath to come; the Jesus who warned of the consequences of not caring for the poor, the homeless, the hungry, the thirsty, the imprisoned, and the sick; the liberating-the-oppressed Jesus; the angry Jesus; the turning over tables Jesus; and the Jesus who was seen as such a threat to the governing authorities that he became the crucified Jesus.

From a variety of depictions of Jesus in the Gospels in the New Testament, we get a clear picture of the things and actions that the Gospel writers portray as making Jesus angry, and these things and actions are the very things a large segment of self-described “evangelical” Christians seem to be embracing in the United States.

By embracing Trumpism with its rejection of the refugee, its wanton disregard for the well-being of the environment, its persistence in decimating access to affordable healing from healthcare, its disregard for oppressed people and people of color, its attempts to make the poor even more vulnerable than they already are, its glorification of violence, its relentless attack on the truth, and its separating of children from their parents who are seeking asylum, “evangelical” Christians are doing the very things that make for an angry Jesus, a very angry Jesus, a whip-wielding, turning-over-tables Jesus.

If Jesus were to visit what has become one of the most popular gatherings of American “evangelical” Christians – a Trump rally – to express his anger at their embracing of the idolatry of Trumpism, and if angry Jesus were to begin turning over tables at a Trump rally, Trump would want this Jesus “roughed up,” and he might say out loud that he longed for “the good old days” when angry Jesus might be “taken out on a stretcher.”

Trump might want to punch this Jesus in the face or at least “look into paying the legal fees” of persons who might sucker punch angry Jesus. Trump might even tell the armed security at the rally to consider angry Jesus’ whip to be a rifle.

If angry Jesus were to make it out of an American “evangelical” Christian Trump rally alive, he might find himself met by a group of Proud Boys in the streets outside the rally, thrown to the ground and kicked and beaten mercilessly, and the next day neither Trump nor the American “evangelical” Christians at the rally who witnessed the treatment of angry Jesus would say one negative word about it, and Trump might even get on Fox News to proclaim, “Maybe he should’ve been roughed up, because it was absolutely disgusting what he was doing.”