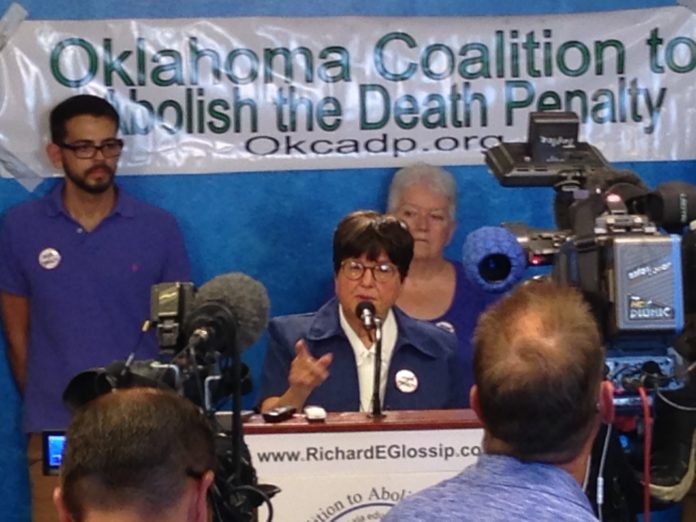 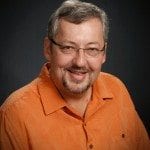 If you look up arbitrary in the dictionary, you won’t see photos of Richard Glossip and the Oklahoma State Penitentiary death chamber.

That’s too bad, because nothing sums up the state’s plan to execute Glossip in 65 days quite like the word arbitrary … or capricious … not to mention unfair and immoral.

Glossip, now 52, was convicted of and sentenced to death for the 1997 slaying of Oklahoma City motel owner Barry Van Treese – even though there was no evidence he swung the baseball bat believed to be the murder weapon.

Worse, the man who actually carried out the bludgeoning sits in a medium security prison, his life spared in exchange for testifying that Glossip masterminded the killing.

Both Prejean and Knight concede they are waging an uphill battle to save Glossip’s life – but the fact is, it shouldn’t be their fight alone.

Whether pro- or anti-death penalty, Oklahomans claim to agree on one thing: They don’t want an innocent executed. After all, there are no do-overs if you later determine an individual was wrongly convicted.

So all Oklahomans should demand immediately that the state take a closer look at Glossip’s case. And Gov. Mary Fallin and Attorney General Scott Pruitt should focus not on vengeance but on truth seeking.

The governor and AG often defend their pro-death penalty zealotry by declaring they stand with victims’ families in seeking justice.

The fact is, justice equals truth. No one can seriously argue America’s criminal justice system is foolproof. The Oklahoma Coalition to Abolish the Death Penalty reports 150 death row inmates have been exonerated nationally, including 10 in Oklahoma. The Innocence Project reports 330 DNA exonerations in the last 23 years – 18 from death row.

U.S. Supreme Court Justice Stephen Breyer clearly sees the arbitrary ways in which the death penalty is applied – read his dissent in Glossip v. Gross, the case in which SCOTUS gave Oklahoma the go-ahead to use the controversial sedative midazolam as part of its three-drug executive cocktail.

Speaking of arbitrary, consider this: Oklahoma City bombing conspirator Terry Nichols was convicted in state court of 161 counts of murder – yet was sentenced to life in prison.

Yes, it’s been nearly two decades since Van Treese’s murder. But speed isn’t the most important factor when it comes to investigating crimes and assessing punishment – getting it right is.

Glossip’s first conviction was thrown out because of a successful claim of ineffective assistance of counsel. He was represented the second time by an understaffed, under-financed Indigent Defense System.

You think Glossip and most Americans of modest means [or less] get the same quality of defense as Robert Durst?

Glossip’s pro-bono attorney Knight told reporters Monday he took the case at Prejean’s urging. Once he began reviewing it, he said, “chills ran down my spine” because it was a “deeply flawed investigation from the start.”

The case, Knight said, “relies solely on the evidence and testimony of one man [Justin Sneed].”

Prejean and Knight said they hope someone with new information about Van Treese’s murder will step forward in the next 65 days, giving a judge pause to consider whether the case deserves further scrutiny. They also asked for financial help to hire enough investigators to track down leads that could help spare Glossip’s life.

Organized by the Oklahoma Coalition to Abolish the Death Penalty, Monday’s news conference attracted a standing room only crowd in the Capitol’s fourth floor press room, suggesting Oklahomans are paying closer attention to the death penalty debate in the wake of last year’s botched execution of Clayton Lockett and the recent U.S. Supreme Court decision.

Prejean joined the coalition’s chair, former state Sen. Connie Johnson, and state Rep. George Young, D-Oklahoma City, in noting that too many Oklahoma lawmakers seem more concerned about preserving the Ten Commandments monument on the state Capitol grounds than adhering to the fifth commandment – thou shalt not kill.

Prejean also said she believes most Oklahomans want the death penalty applied in only the most heinous cases – the “worst of the worst,” as she put it. Glossip’s case, she said, does not fit.

– Arnold Hamilton is editor of The Oklahoma Observer