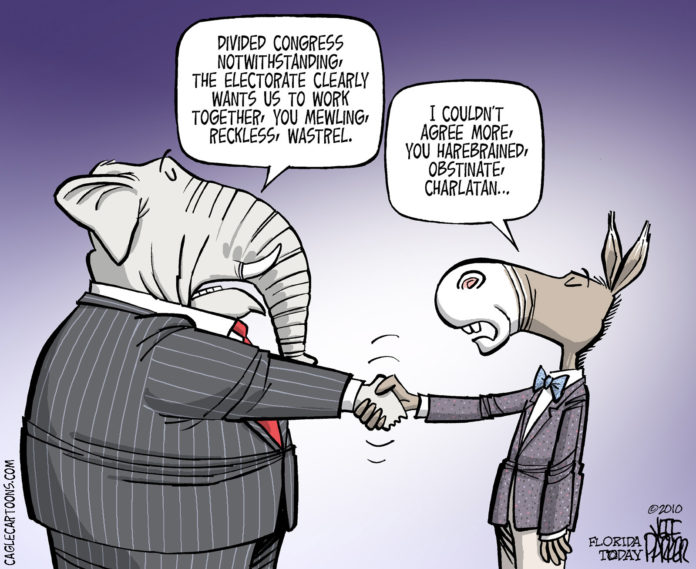 Back To The Center

Do you call yourself a conservative or a liberal? The answer is your opinion, but the underlying beliefs may be genetic.

Scientists who study the genetics of politics looked at three areas of behavior and belief that could cross cultures and time – today, 500 years ago, 1,500 years ago.

They asked questions like these: Do you feel responsible for taking care of people who are weaker, older, or are disadvantaged? Do you welcome strangers into your community? Do you believe that diversity of culture strengthens or weakens your community? Should the government make rules regarding whom you should marry or how many children you should have?

It seems to me that all the hot-button issues of this campaign cycle are here – Social Security, health care reform, food stamps, immigration, gay marriage, and the fate of Planned Parenthood.

Humans have been grappling with these issues, in one form or another, for hundreds of years. The findings in this study were consistent around the world, in Africa, China, Europe, and the United States: about half of our political leanings – the way we react to the above questions – can be read in our genes.

There have always been those who want to be the arbiters of morality. Their way is the only way … for all of us.

There have always been self-serving manipulators who seek office for their own personal gain. Their numbers seem to be growing.

And there have always been bleeding hearts [I’m one] who believe that we should take care of “the least of these, my little ones.” Others see the unfortunates as a drain on society, you know, survival of the fittest and all that.

The gulf between us is getting wider. According to some historians, we haven’t been this divided since the years leading up to the Civil War.

Another study, a few years back, found that the economy was strongest in this country when most political leaders were close to the center. It appears that if the economy is going to improve, we need to shake hands across the aisle and learn to get along.

As election season comes and goes, and as we live with the consequences, we have to ask ourselves how we can make the next election cycle more reasonable and less contentious. And we have to ask now, even if we are sick to death of elections and politics.