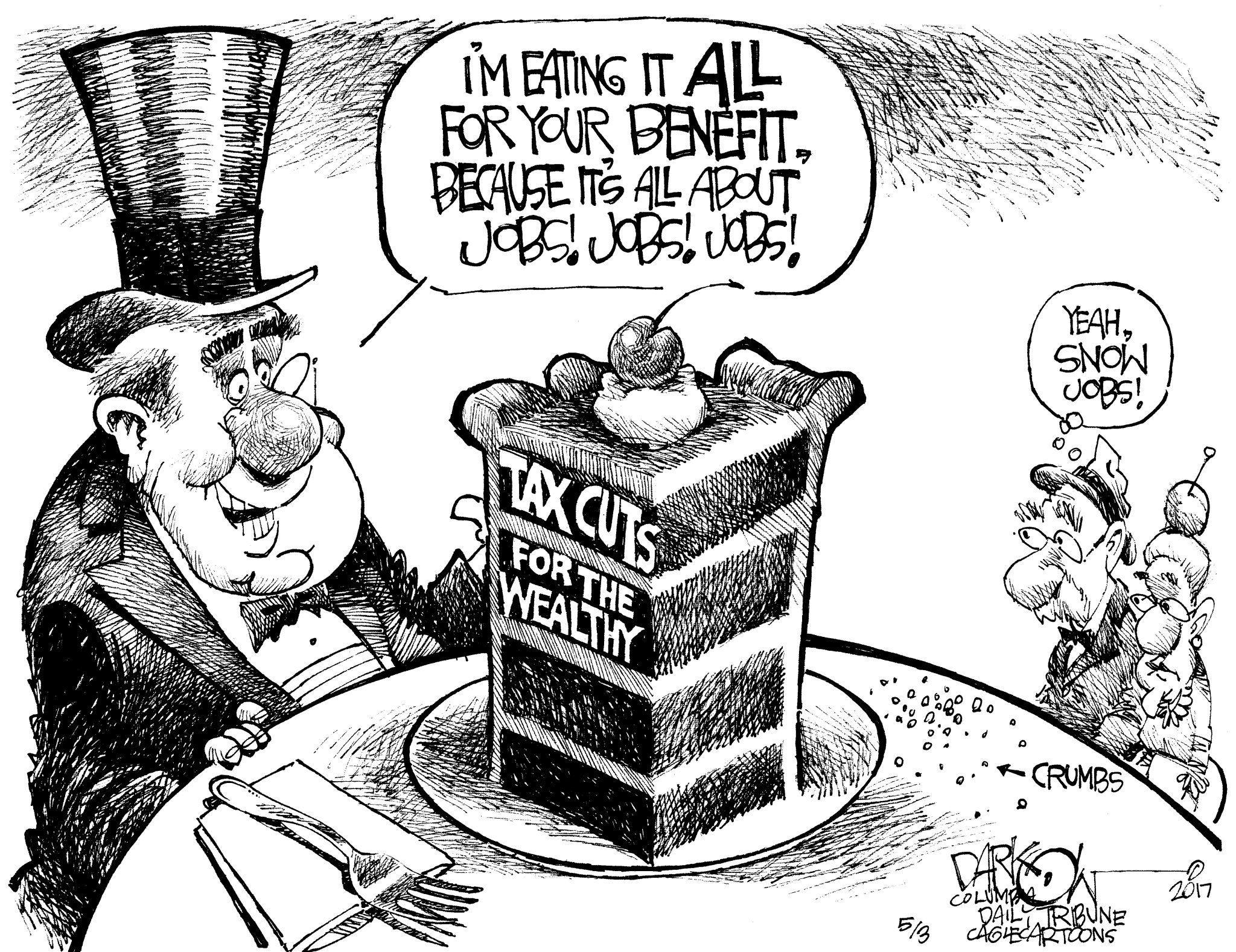 One of the most iconic 20thCentury American paintings shows a man and woman standing in front of a farmhouse. The man is dressed in bib overalls and a jacket and holds a pitchfork. The woman wears a black dress and cameo with an apron. Yes, the painting is artist Grant Wood’s 1930 work, American Gothic. 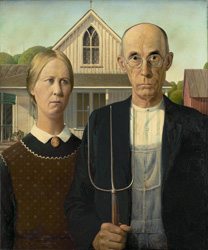 The home that inspired Wood and gave the painting its name was constructed in 1882 in Eldon, Iowa, in what is known as the Carpenter Gothic style, with a distinctive upper window in the shape of a pointed arch. The man and woman that Grant Wood turned into two of the most recognizable painted subjects in American art were not farmers. In fact, they were the artist’s dentist and sister.

A less recognizable work of art by Grant Wood is a 1939 piece featuring a six-year-old George Washington, a cherry tree and a hatchet. The work is named Parson Weems’ Fable and is an artistic interpretation of the legendary fable authored by Mason Locke Weems in his 1806 book, The Life of Washington the Great. 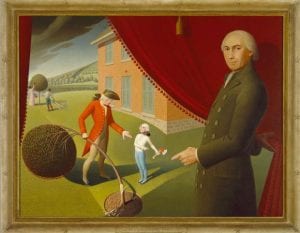 Wood resurrected the Weems fable at a time when fascism was on the rise in Europe and there were fascist tendencies in the United States.

Wood chose this moralizing tale to encourage patriotism and remind Americans that, from its beginnings, our system of government depended upon truth and integrity. The depiction shows the encounter wherein Augustine Washington, asked his son, “George, do you know who killed that beautiful little cherry tree yonder in the garden?” and the response by the future Father of Our Country, “I can’t tell a lie, Pa; you know I can’t tell a lie. I did cut it with my hatchet.”

It is from those beginnings involving leaders of our great nation that our current state of affairs has grown. While neither George Washington nor Abraham Lincoln were saints, they were through American tradition and folklore elevated to a point of honor and truthfulness with all other presidents holding some lesser position on the continuum of integrity.

Today, politicians at every level are the brunt of jokes and non-stop suspicion. While the acts of many elected officials place others of us in a bad light, there is still plenty of blame to go around and not all of it falls at the feet of politicians.

Lobbyists and associations and, yes, even citizens, often demand legislation that is self-serving, yet detrimental to the bulk of our citizens. There are no-tax pledges and tax pledges and private education pledges and industry pledges and a plethora of demands made by people and organizations that want to influence legislation to give themselves or their corporation a leg up or greater profitability.

Legislators who blindly succumb to such promises, pledges and commitments without taking the time to review how an actual bill impacts their entireconstituency fails in the very oath that they take when they assume office.

Likewise, attaining the integrity of George Washington or Honest Abe is impossible when politicians vote in favor of high wage earner income tax cuts and cuts in the Gross Production Tax to the tune of more than $2 billion per year, destroying the ability of our state to educate our children, repair our roads, treat the mentally ill and help veterans and developmentally disabled Oklahoma adults survive and then responding by shifting the tax burden from corporations and the wealthy to working Oklahomans and the poor.

Oklahoma is at a crossroads. We don’t have a George Washington but we do have men and women whose honesty and integrity requires that Oklahoma’s ability to meet the needs of its citizens be restored so that our children can afford to go to college, rural Oklahomans can have access to health care and senior citizen can participate in nutrition programs.

Facebook
Twitter
Previous articleIs This A Sick State Or What?
Next articleNo, Mr. President, The Roast Must Go On