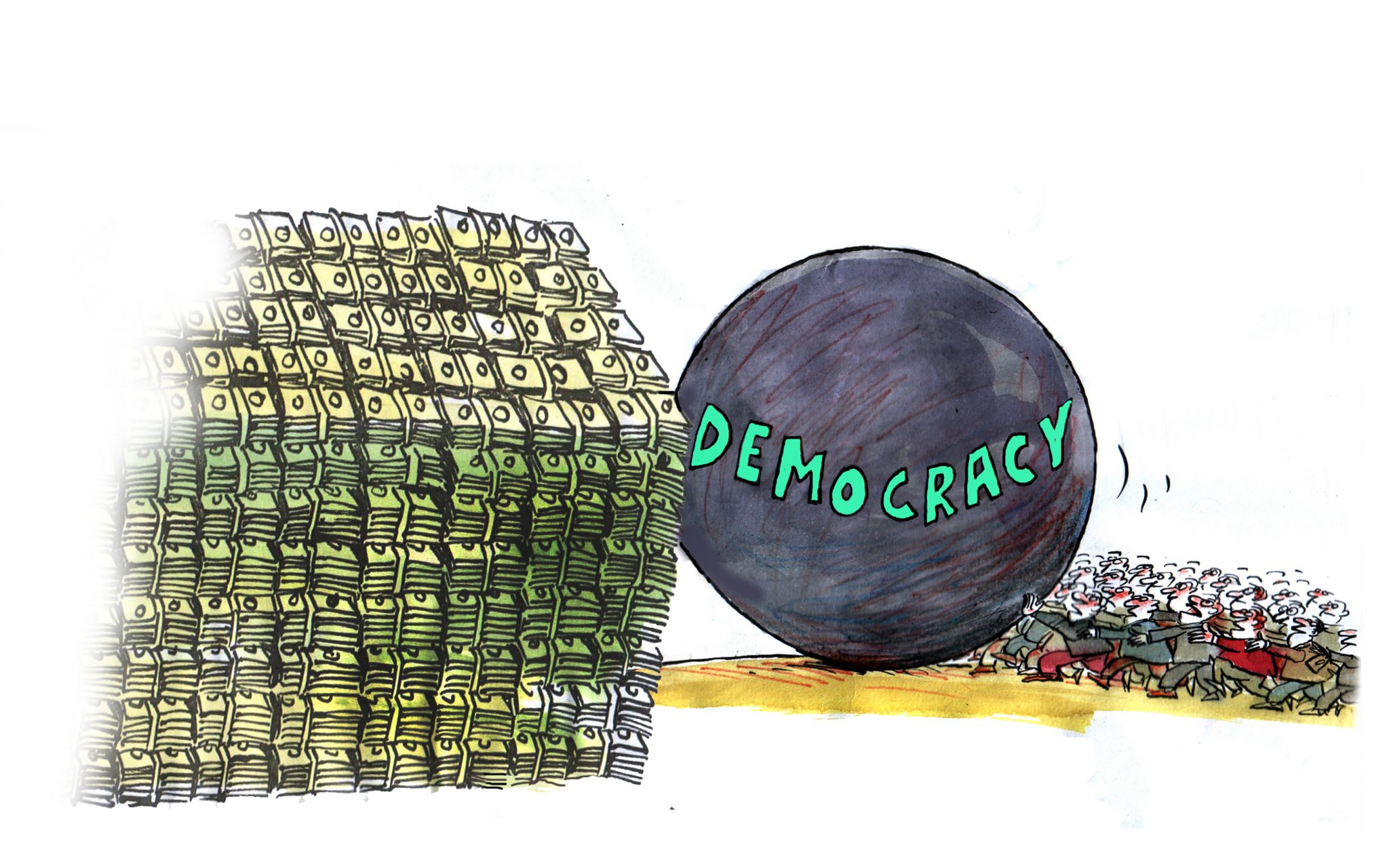 Corruption Is The Problem

The voices of the people can’t be heard over the thunderclaps of corruption and propaganda.

When money buys the message and the messenger, that’s propaganda.

If you want to make an ultra-conservative really mad, just tell her that George Soros is behind a piece of legislation. This week, Soros was accused of paying millions of marchers.

If you have a problem with Soros but are fine with the Koch Brothers and Harold Hamm writing legislation for Oklahoma, you have succumbed to propaganda poisoning.

Propaganda is a potent tool in a corrupt state. It allows corrupt politicians to pass corrupt laws without losing their voting base. Misinformed voters allow corporations and billionaires to avoid paying their fair share of the taxes that provide services for everyone.

The Founding Fathers weren’t saints, and they weren’t always right on the issues, including slavery, but they created a Constitution that has lasted and evolved for more than 200 years. Thanks to a handful of Supreme Court justices, corruption, and propaganda, the Constitution is in jeopardy.

And don’t bring up Justice Stevens. No one is going to repeal the Second Amendment. It’s Roberts and his corporatist cronies you should fear.

Citizens United, which allows corporations and certain other entities to spend unlimited amounts of money to sway elections, legalized corruption. What’s more, too much of what is spent is dark money. We don’t even know where it’s coming from.

While students are marching and you are fretting over the latest conspiracy theory, the Legislature is free to pass laws in the dead of night that bear no resemblance to what you were promised or what voters need.

There are plenty of things that need to be fixed in this country, but until we tackle the problem of corruption, nothing will be fixed but elections.

Let’s rally for an overturn of Citizens United. Let’s fight for free and fair elections. Let’s stand for the right of every single eligible voter to vote. Then we can actually tackle things that matter – justice, infrastructure, education, access to healthcare, gun violence, and living wages.

– Sharon Martin lives in Oilton, OK and is a regular contributor to The Oklahoma Observer. Her latest book, Not A Prodigal, is available through Barnes and Noble. Her recent children’s book, Froggy Bottom Blues, can be purchased in hardcover or paperback from Doodle and Peck Publishing and in paperback from Amazon.