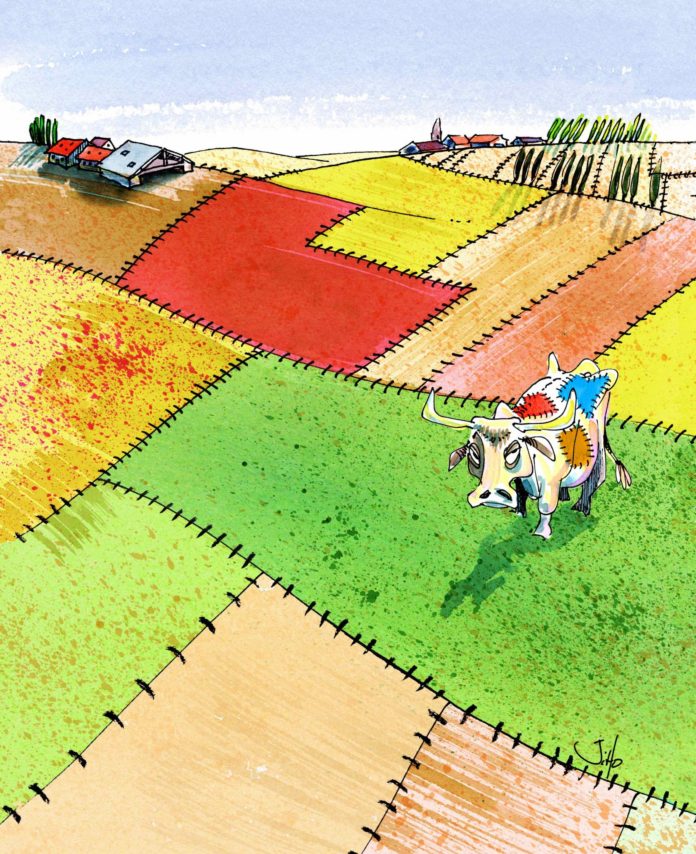 The draw of low cost land brought many settlers west to the territories, but the settlement of Oklahoma holds a unique place in American culture. Non-Indian settlers in Oklahoma obtained lands through land runs, lotteries, allotment or redemption.

By whatever means, however, the pioneers’ clear motivation was 160 acres of dirt so they could make crops, livestock and children grow on a plot of land they could call home.

My family was unique in that, generation after generation, they participated in homestead settlement in at least three states stretching across the Midwest and arriving in western Caddo and eastern Kiowa counties in 1902.

Starting out in a lean-to on the prairie and gradually constructing a two-story home not far from the main road, their lives were not just about themselves. Together with their neighbors, they formed institutions that have survived for over a century.

One of the very first matters they attended to was to create a system of public education for their children and the children of other settlers. Many of the schools and rural communities had colorful names. In my family’s experience, it was Star, Little Alden, Neola and Possum Trot that were the elementary schools that fed into the high school.

Another early organization was the Good Road Society that helped keep the roadway passable between Anadarko and Hobart and was an important part of the Ozark Trail Road between St. Louis and Santa Fe.

The dedication of area residents to good schools and roads was primarily intended for the benefit of their immediate and extended families, but it inured to the common good of the entire region and touched the lives of thousands of travelers.

In the years that followed, rural Oklahomans have cooperated to bring electricity, water, fire protection and hospitals to improve the quality of life, to maximize agricultural yield and to protect lives and property. Communities across the state knew that it was through cooperative action that rural Oklahoma found its strength.

Graduates of Oklahoma’s rural schools have historically set the educational standard at our colleges and universities or have pursued their dream occupations with training at their local CareerTech. Medical care has been readily available in communities in close proximity to rural Oklahoma. Roads, bridges and infrastructure are maintained through REAP grants, CIRB funds and fuel taxes.

For nearly a decade, however, the revenue streams that keep rural Oklahoma inhabitable have been decreasing. REAP funds have been cut; CDBG funds are decreasing, and rural Oklahoma is suffering. Tax cuts, tax credits and tax exemptions have resulted in Oklahoma schools suffering the nation’s largest funding decrease.

Rural hospitals, required to provide uncompensated care to the uninsured, are given no relief by the state government and are closing in all corners of the state. Schools, volunteer fire departments, water districts, ambulance services, hospitals and municipalities are now forced to look for alternative sources of funding. As a result, sales taxes, utility rates, permit fees, licenses and ad Valorem taxes are being increased to make up the difference in the costs of basic governmental services.

Are Oklahomans ready to say enough is enough? When will we learn to work together for the common good of all like our ancestors did?