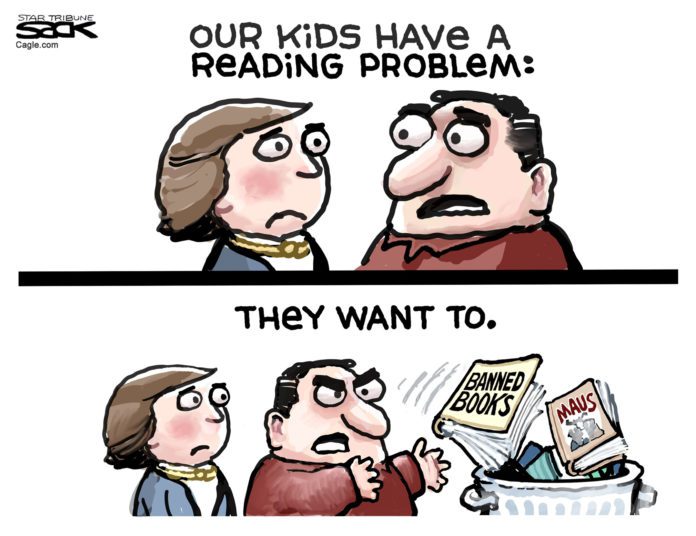 Parents have the right to tell their children what they can and can’t read, but I wish they wouldn’t.

They do not have the right to make those decisions for other people’s children.

What I hope parents understand is that critical literacy requires making judgments. If students are indoctrinated and not allowed to study what parents don’t want them to think about, they are sentencing them to a life of servitude. Imagine always having to take someone else’s word instead of coming to your own conclusions.

Free people should have the right to read and accept or reject a message.

I understand that fear plays a part in the rush to ban books and authors. What if parents read the age-appropriate books on proposed banned books lists? What if they had to tell the teacher which passages, with page numbers, to which they object and listen to the reasons the book is part of the curriculum. They could ask for an alternate book for their child, but I wish they wouldn’t.

As for library books, parents already have the right to tell a librarian not to check out specific books to their children. I hope, before they do, they read the books for themselves so they can make reasoned decisions.

It takes time to keep track of what your children are reading, but it is also rewarding. You can have real conversations about difficult topics and enjoy sophisticated literature. The real reward is this: your children will benefit from the critical thinking skills and vocabulary they acquire. They will learn accurate history, both the good and the bad, and know what mistakes our country shouldn’t repeat.

Now, the cons of banning books:

My father meant well, but as an evangelical minister, he feared for my soul. Banning me from school activities and from certain books made me feel other, outcast, even. I had to sit in the classroom, usually with the principal, when my class learned folk dances on Fridays. He thought dancing was a sin. I had to stay silent during the elementary school Christmas play when the chorus sang, “Gosh and gee how happy I’d be.” His definition of profanity was broad.

When I was in 9th or 10th grade, a friend who knew I never had enough to read gave me her collection of Mary Roberts Rinehart mysteries. Mom decided to read them, too, and she told Dad that the books included the words damn and hell. Dad burned them, despite my protests.

“Those words are in the Bible,” I pointed out.

His banning didn’t clean up my language, either. I believe in clear communication. 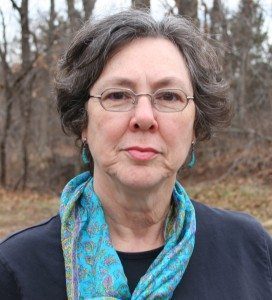