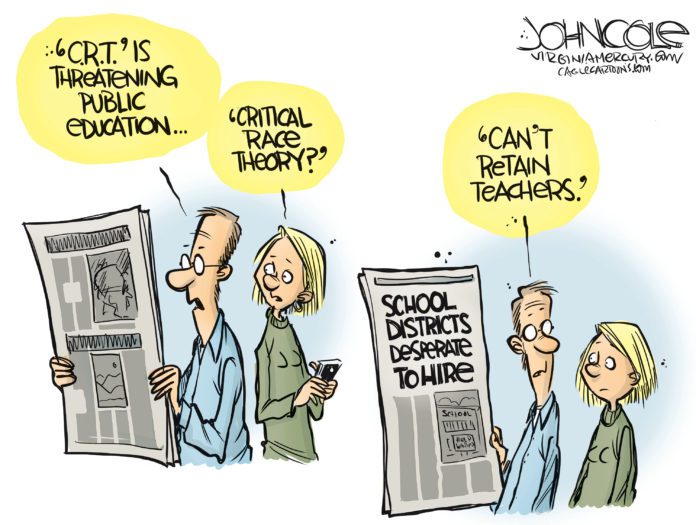 Don’t get a teaching degree. Just get Uncle Floyd elected to the local school board.

After all, it’s cheaper, a whole lot less work and teaching is only nine months out of the year and, unlike flying a plane, most anybody apparently can do it.

Another advantage at least for you lawmakers is that, since many of you don’t have a college degree, you can go home and teach after you term out of your current job.

You’ll certainly be qualified to discuss Oklahoma history since another bill, HB 1775, precludes you from teaching real history. Nothing about those pesky Indians being moved here sometime, or the Civil War because something about slavery might hurt someone’s feelings and, certainly, we don’t want the little ones to ever hear the name of Clara Luper. She really was a pushy broad back in the day. No need to bring all that up.

So, I know the authors of this watered-down, lowest-common-denominator kind of new law to be a teacher are delighted with their accomplishment. Rep Kyle Hilbert and Sen. Jessica Garvin continue to defend this barely disguised attempt to solve the teacher shortage in Oklahoma by expanding by hundreds of thousands the pool of warm bodies who can babysit, guard, entertain, watch or tell stories to our 745,000 students still remaining in our public school classrooms.

Since you now don’t have to know much to teach even less, why not expand this same approach to other specialties like being doctors and dentists? After all, hearts are just about all the same; teeth even more so and, hell, all planes rise in the air basically for the same reason so just how complicated could that subject be?

And just think fellow taxpaying citizens. For the most part, it will be the same crowd of “how low can we go” legislators returning in barely two months to give you, your kids and grandkids more of the same. The only thing about anywhere near the Top 10 in America is in their salaries, currently ranked within that standard and when you include the often-mentioned low cost of living they rightly can chat as they start their new session in February 2023 that “We’re No. 1, We’re No. 1, We’re No. 1.”

Who? Us. Teachers? Who cares. We’ve got plenty of them.

Previous article
People Shouldn’t Live On The Streets. Period.
Next article
Free Speech For Me, Not Thee