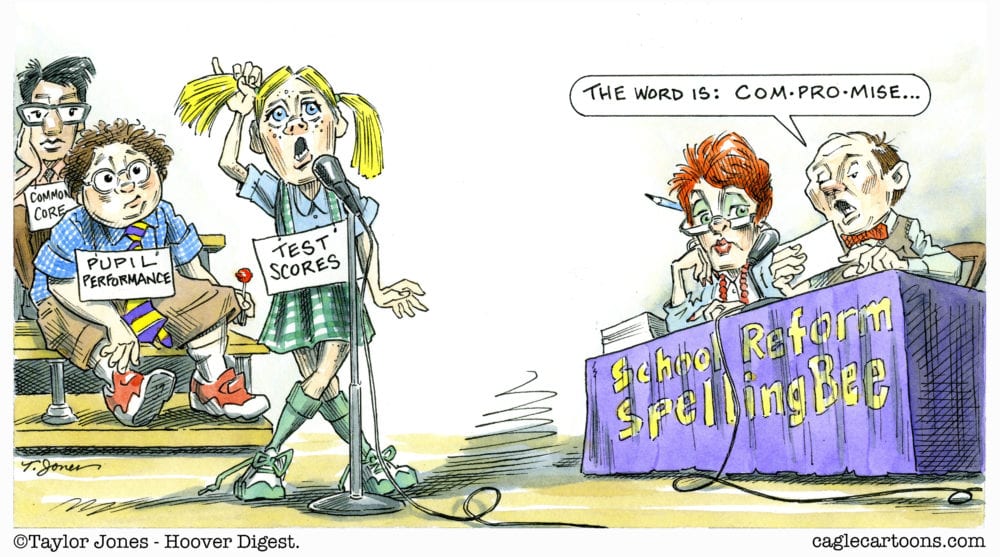 Fending Off Privatizers To Get School Reform Right

Friends have asked why I editorialized in the Oklahoman for the Western Gateway Charter Elementary School.

First, Western Gateway is an innovative pilot project like the first generation charters that were supported by the teachers unions. It is an experiment in socio-economic integration and offers a gateway for underserved Hispanic students into the vibrant midtown community and economy.

Second, I support Western Gateway for the same reason why our AFT/OK union supported John Rex Charter School. During MAPS for Kids, we agreed to a set of compromises, and our word had to be good.

Sadly, test-driven, market-driven corporate reform used charters, especially national charter management organizations [CMOs], as weapons for busting unions, crippling school systems, and undermining education schools. The scaling up of charters, which peaked during the Obama Administration, was touted as a civil rights campaign, where veteran teachers and their “low expectations,” would be replaced by 23-year-olds, who would do “whatever it takes” to get poor children of color to pass their high-stakes standardized tests.

Although they don’t tackle the challenges faced by high-challenge neighborhood schools, Oklahoma City is fortunate to have several excellent charters. It’s been nearly a generation, however, since a new charter like Western Gateway has offered an innovative and holistic approach to teaching all kids in a disadvantaged neighborhood. And, sadly, traditional public schools have been afraid to repudiate the soul-killing, worksheet-driven instruction, and to bring back culturally appropriate instruction.

Six years ago, the anti-union, pro-testing, California-based Parent Revolution sought to push charters for children of color in Oklahoma City. But, in the conversations I participated in, local civil rights advocates saw through their ruse. The recent Los Angeles teachers strike was less about money than it was about the mass charterization campaigns organized by the Parent Revolution; the Broad Academy and its $490 million plan to charterize half the district; and other corporate reformers.

By the way, the OKCPS has suffered through two Broad-trained superintendents, Tulsa has a dozen Broad-trained administrators, and at least one Tulsa edu-philanthropist donated $200,000 to the California school privatization campaigns. If the district’s Pathway to Greatness backfires, it is likely that the OKCPS will be targeted for mass charterization.

Because of leaked documents, we know about the $200 million City Fund campaign to turn over 40 urban school systems into charter-dominated districts. Because the head of that organization let me crash at his home in New Orleans and visit their “No Excuses” schools, I can attest to the reformer’s sincerity, while repudiating his false claims of success. These efforts are funded by corporate reformers – the Arnold, Walton, and Gates foundations – that are especially active in Tulsa but have had their eye on Oklahoma City.

Rather than fighting a homegrown effort to help bring equity to south Oklahoma City, we should pay attention to a new leaked document which proposes a supposedly kinder, gentler strategy for taking over California schools. Ben Austin, the founder of Parent Revolution, proposes a campaign for “reframing ed reform as a fundamentally progressive value rooted in civil rights rather than a technocratic value based on top-down elitism.”

Acknowledging the widespread pushback against charters, Austin proposes a “discussion of short and long term opportunities to leverage power. As Machiavelli says, it’s better to be feared than loved. Right now we are neither.”

Austin wants to “[a]ttack [the] UTLA,” the teachers union which resisted Los Angeles’ Broad-trained superintendent, Austin Beutner. His coalition “has been researching the potential for an equal protection challenge to LAUSD policies.”

On the surface its goal would be a legal campaign against “inequitable outcomes for low income children and children of color.” But he then adds that this strategy includes an assault on UTLA contract rights.

The plan would ramp up the teacher-bashing policies that provoked the recent strike. Worse, it would take “Yolie’s original resolution which empowered the superintendent each year to identify failing schools and propose turnaround measures [including charter conversions], or we could embrace an idea Nick has floated by establishing a five-year renewal contract for all public schools, district and charter.”

[Yolie refers to former L.A. school board member Yolie Flores Aguilar, who as a board member proposed allowing charter groups to compete for newly constructed campuses built to ease overcrowding. The idea evolved to include allowing groups inside and outside the school system to compete for control of campuses with low test scores.]

[Nick refers to L.A. school board member Nick Melvoin, who has suggested that all schools be evaluated in a manner similar to charters – which must be renewed every five years. Schools of any kind that fall short could be closed or restarted with new employees or a new management organization, such as a charter.]

Austin then explains that those competition-driven turnarounds would require a restoration of the state’s “API scores and NCLB’s program improvement status” metrics. In other words, their plan would institutionalize high-testing testing for keeping score in a permanent battle for survival for all charters and traditional public schools.

And that brings us back to difference between Oklahoma City’s organically grown charters that focus on improving their students’ lives and the CMOs that would be willing to take over our poorest schools, as long as they didn’t have to retain their highest-challenge students. Local charter leaders seek wins for their students; national privatizers are equally committed to defeating their enemies. And the only way they can guarantee high test scores is by imposing No Excuses drill and kill, and pushing out lower-performing students.

I’ll admit that my recent attempts to build bridges haven’t worked very well. When the head of the Walton corporate reform education campaign drank beer at our house, he said I wouldn’t want to know why he was visiting OKC and Tulsa, and insisted that there always had to be losers as well as winners.

There is no guarantee that collaboration with local choice supporters will be enough to defuse attacks by privatizers. But we can work collaboratively with local charters that offer a humane pedagogy and, hopefully, bring back real teaching and learning to replace the test prep of the last decade. Or we can fight against even the most promising local charters, weaken the district, and open the door to a corporate reform takeover.

John Thompson
Dr. John Thompson, an education writer whose essays appear regularly in The Oklahoma Observer, has a doctorate from Rutgers University and is the author of Closing the Frontier: Radical Responses in Oklahoma Politics. His latest book, A Teacher’s Tale, is available through Tate Publishing.