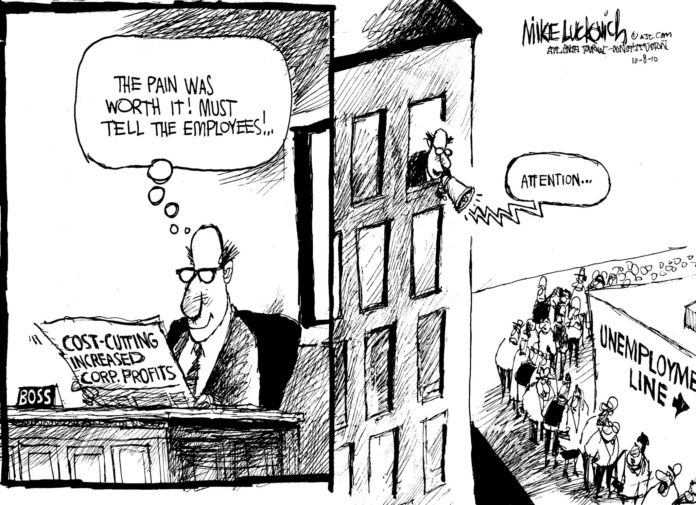 Hail To The People

“A waste of time,” someone close to me said, someone who knows I am always scrambling for time.

“There are things more important than money,” I told him.

And that, friends, is the most important thing you can know about the next election.

I was visiting at lunch this week with my friends, Sharmee, an avowed socialist, and Brian, a Christian conservative.

Sharmee believes that the United States is at a crossroads, and she is concerned that the path seems to be moving us toward the rights of corporations rather than to the wellbeing of the people. Brian told her to choose her words carefully in Oklahoma because to utter the word socialist would cause people to close their ears to anything she had to say. I believe that the answer lies somewhere between the all or nothing of both points of view, but if we get it wrong in the next election, what Brian or Sharmee believe won’t matter.

I hate to be a Jeremiah, but these are scary times. Lawmakers and voters are listening to a few powerful voices, and they are changing the landscape for the common man. I don’t expect Eden, but for those of us who work for a living, one ideology could turn the U.S. into a wasteland: no jobs, no social net, no rights unless you are a corporation.

We have a corporate caste system. Those in the upper echelon matter but the worker at the bottom is replaceable and therefore expendable. It defies business logic. Those companies that care best for their employees are often the most profitable. Turnover and training cost money. Workers must be able to afford those Model Ts they are building.

Corporations and manufacturers and innovation are good for America, but so are the workers who make corporations and innovative companies profitable. Any laws that favor the former over the latter can doom this country to Third World status. Free trade only works if both sides are importing goods and exporting jobs.

A better campaign slogan might be, “It’s the people, stupid!” The people are the economy. And whatever party we choose and whatever laws we pass must serve the people if this country is to survive as a superpower. Don’t let a few loud voices convince you otherwise. Listen to the quiet voice of logic. It will tell you that it really is the people who matter.