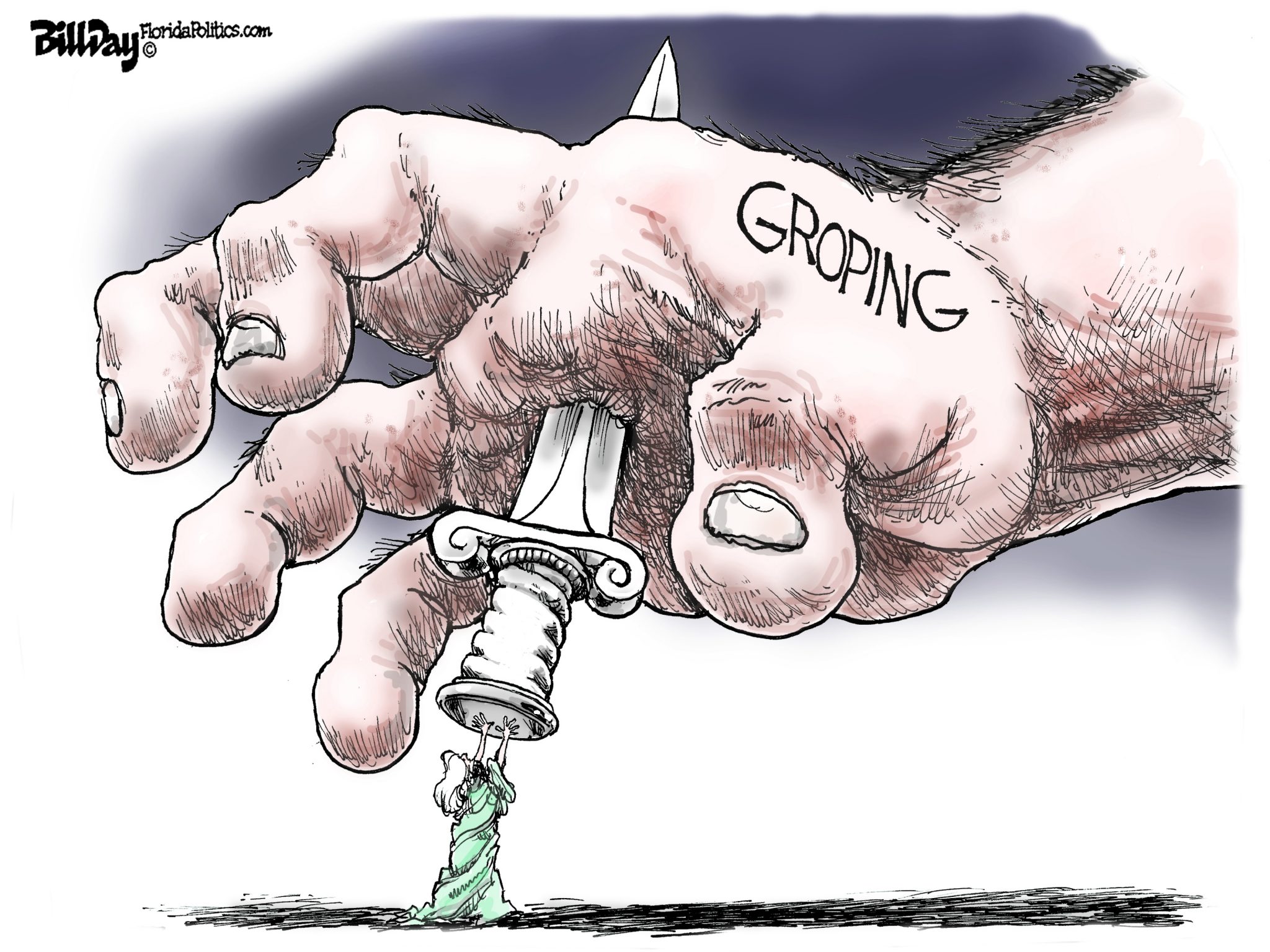 I’m glad women who accuse powerful, clueless men of sexual assault are now, finally, being believed. The fact that men have gotten away with mistreating women for centuries isn’t news to anyone who has been awake. The Me, Too movement – and the courage of those who have come forward to blow the whistle on “old boy” practices of raping, groping, and otherwise demeaning women over whom men have power – have done a long-overdue service to the victims and society in general.

That said, however, I worry that we’re in danger of losing proportion and considering every bit of male misbehavior toward women the same. Former Sen. Al Franken came out of the comedy culture, in which being a bit “edgy” was considered a good thing. But as a senator, he was very serious, trying hard to leave his comedy roots behind.

Of course, our history follows us. That photo of him pretending to grope an actress, and the several accusations of his having kissed or grabbed women without their consent, are cringe-worthy. Franken was right to apologize and ask for an ethics investigation into his conduct.

But I don’t agree that he should have been made to resign from the U.S. Senate before any investigation even began. I usually applaud Sen. Kirsten Gillibrand’s speaking out on behalf of women in the military and for the rights of women generally. But I think she was unfair in demanding Franken resign immediately.

Full disclosure: I like Al Franken. I thought some – not all, but some – of the comedy he did on Saturday Night Live was funny, and occasionally thought-provoking. But I’ve admired his work as a senator more.

He did his homework, represented Minnesotans well, and distinguished himself in Senate committee hearings by his informed, incisive questioning of witnesses. He often spoke out, too, on behalf of women’s issues, as well as issues that affected other vulnerable people.

Is he perfect? No. It was right that women who felt violated by his actions spoke out. He should have paid a price for his less-than-stellar behavior. But I don’t believe everything good that Al accomplished for his state and for the country should have been negated by those instances of failure.

When men like Franken get lumped together with Judge Roy Moore, President Donald Trump, or movie mogul Harvey Weinstein, all of whom have been credibly accused of much worse behavior than he was alleged to have done, it’s not only possibly unjust to him but also unfair to the victims of these other powerful men. Putting them all in the same basket seems to trivialize the awful behavior of Moore, Trump, and Weinstein.

I’ve never been in the position that’s far too familiar to many women: having to choose between submitting to unwanted advances from an employer and losing a badly needed job. I have been made to feel uncomfortable in a workplace, though.

When I was 19 or 20 years old, I took a job as secretary in an asphalt laboratory at an oil refinery, the only female among a dozen older men. I heard lots of off-color jokes apparently designed to embarrass me. I didn’t dare object, I thought. If I had done so, the response would surely have been, “Aw, can’t you take a joke?” and “Women have no sense of humor.”

The fact that I was a greenhorn in the job undoubtedly partly explained the behavior of my fellow employees—it’s traditional at many workplaces to “give the new guy or gal a hard time,” part of the process of “welcoming” newbies. I’m not a fan of that practice for either men or women, since beginning a new job is fraught with plenty of anxiety without being teased by one’s new cohorts, too. But having to be the only female in a basically male world adds even more discomfort and tension.

It’s too early to tell whether the new openness about powerful-male behavior will have lasting results in workplaces and other interactions between the sexes. Even if changes do happen in offices and film studios, I doubt they’ll filter down any time soon to help waitresses and cleaning women. But it’s a start.

Now we just need to recognize differences between bad-boy antics and the truly reprehensible, and to deal with each appropriately.