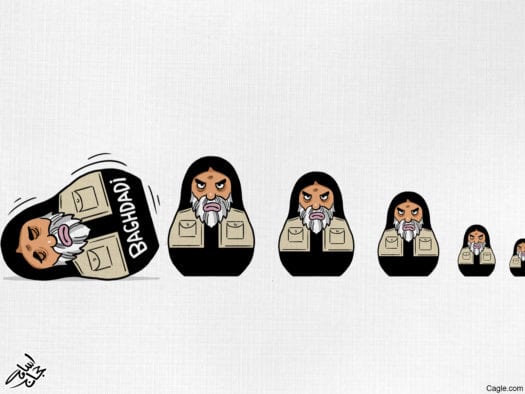 Killing Your Own Frankenstein Is Not Heroic

On Tuesday, the Tulsa World in its lead editorial congratulated President Donald Trump, the United States military and Delta Force for its successful mission that resulted in the death of Islamic State commander Abu Bakr al-Baghdadi.

The editorial stated that: “Al-Baghdadi was a lawless criminal who falsely portrayed himself as a religious zealot and the leader of an imaginary nation. He perverted the teaching of Islam into the worst horrors imaginable. Under his corrupt reign, the supposed Islamic State stole what it wanted, killed any who were less than submissive and inspired weak-minded followers to strike out at against the democratic world.”

These comments are not inaccurate, however, the World neglected to mention that al-Baghdadi was a creation of the Bush Administration’s illegal invasion of Iraq in 2003.

According to his obituary in the Washington Post, al-Baghdadi had been an austere academic aiming for a quiet life as a professor of Islamic law until the U.S. invasion of Iraq “upended his plans and launched him on a course toward insurgency, prison and violent jihad.”

Signing up with a local resistance organization out of a sense of duty, al-Baghdadi was captured by the U.S. army on the battlefields of Fallujah – which were decimated by U.S. bombing – in 2003.

He was then imprisoned at Camp Bucca in Southern Iraq and at Abu Ghraib, which functioned as “jihadi universities” because of the brutal conditions.

According to the Post, al-Baghdadi forged alliance in the prison with members of the terrorist network run by Abu Musab al-Zarqawi, the Jordanian who founded al-Qaeda in Iraq.

When he was released in 2004, al-Baghdadi became a Zarqawi disciple, and after his death, rose to a top leadership position in his organization which rebranded itself as the Islamic state.

Its supporters included former officers of Saddam Hussein’s vanquished army – Sunni colonels and majors who had been excluded from the government because of the Bush Administration’s ill-conceived de-Baathification program and elevation of Nouri Al-Maliki, who was known as the “Shia Saddam” because of his persecution of the Sunni.

Al-Baghdadi may have been a terrorist, however, his radicalization was spawned by a war that was waged based upon the deception of the American people.

His assassination was not an act of valor, but part of a never-ending cycle of violence that has made our world a more dangerous place.