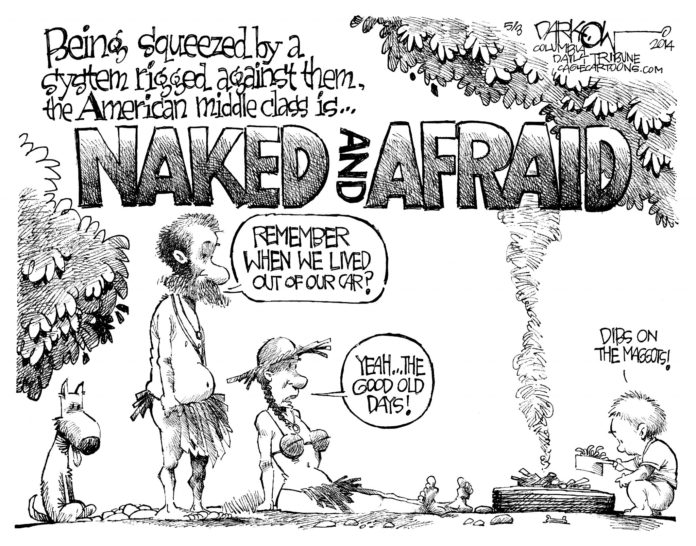 A teacher friend and I were discussing the upcoming elections. Even among teacher types, too many fail to do their homework. They just mark the box of the guy or gal with an R by their name.

“We need to look at the candidates’ platforms and make choices that go beyond party lines,” I said.

There was some mumbling and grumbling, and my friend said, “I’m not really political. I vote on moral issues.”

So do I. My moral issues include access to healthcare, public education, living wage, war as a last resort [or not at all], an end to the death penalty, civil rights, voting rights, and social justice.

What are your moral issues? And how do they stack up against the issues that get all the press?

If you represent the interests of the richest Americans, you can’t depend on democracy. If you are one of the rich and powerful, and the too much in your brokerage accounts isn’t enough, you have to buy legislators, legislation, and elections to insure you get more. To keep your power, you convince the poor folk at the bottom that you’re doing it all for them. There’s nothing moral about it.

Take Congressman James Lankford who tweets, “We should be getting Americans back to work, not taxing them out of business.”

So much for the moral issues of a Baptist minister. Living wage, taxes on the wealthy to care for “the least of these, my little ones,” and expanded healthcare don’t seem to make his list.

Current tax laws benefit top earners. If you’re living on wages, you’re paying taxes at a higher rate than someone whose income comes from capital gains. And if you’re living on minimum wage, below the income tax threshold, you’re still paying a hefty percentage of your income in sales taxes.

Don’t lie to your constituents, Congressman. And don’t invoke morality and family values. I don’t take morality advice from anyone who votes against expanded access to healthcare, how many times? And you brag about it. Really?

To get those at the bottom of the earnings scale to vote for you so you can pass laws that harm them, you have to understand psychology. You have to tap into people’s fears. You have to lie.

It’s not about morals and family values when you hurt the very people you are sworn to represent.