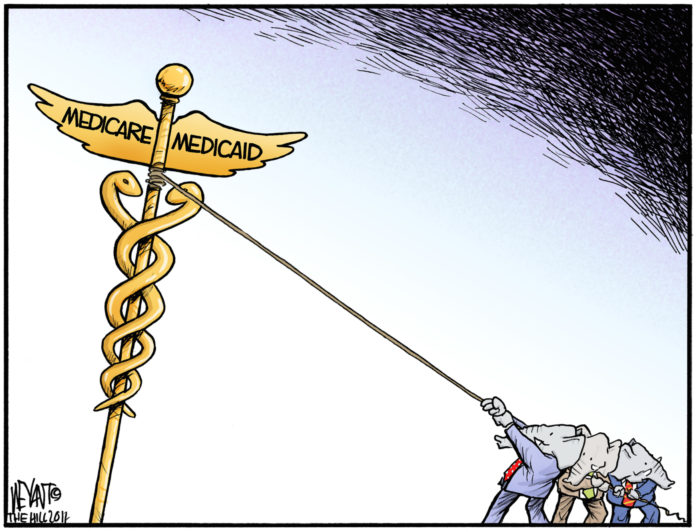 For Oklahoma to reject the Medicaid expansion funding is to deny access to medical care to thousands of needy Oklahomans, many of them hard-working two-job people struggling to provide for their families – the same people who would suffer greatly from starvation were it not for help like the Regional Food Bank and its participating organizations.

For Oklahoma to reject the Medicaid expansion funding is callously un-Christian, un-Jewish, un-Muslim, un-Sikh, un Buddhist, un B’hai, un-Hindu – name your faith or just your sense of humanity. To say that Oklahoma cannot afford the costs that will not phase in for several years is to say that “I am not my brother’s keeper,” and that the health of my neighbors just is not a priority, because as a state we clearly can afford to do better.

For Oklahoma to reject the Medicaid expansion is to accept sending Oklahoma tax money to other states that are accepting the programs.

For Oklahoma to reject the Medicaid expansion is two-faced, denouncing federal input but taking a stance that clearly will have the federal government create the expansion as well as the rejected health insurance exchanges, while all the while refusing to consider raising taxes on those who well can afford them.

For Oklahoma to reject the Medicaid expansion is to ignore the very significant job creation associated with caring for more citizens of all ages, job creation which will provide salaries to more people who then plow that money back into the economy as they buy needed food, clothing, medicines, and housing. Are health care jobs not as useful to society as jobs manufacturing bullets and bombs and warplanes?

Please join me in urging Gov. Fallin and our legislators to accept this Medicaid expansion program for the good of our citizens all over the state.

– Dr. Carl Rubenstein, MD, lives in Oklahoma City and is incoming vice-president of the Interfaith Alliance of Oklahoma