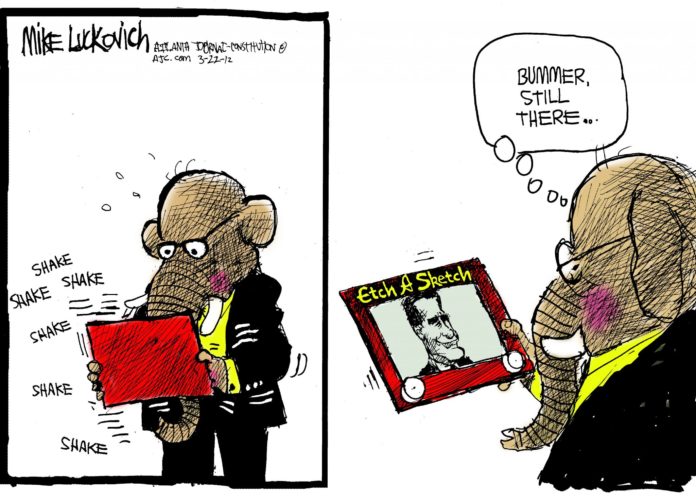 The moonbat division of the Republican Party is at it again.

The teabagger club has never met a conspiracy they didn’t love. They boldly put on their tinfoil hats and head off into the woods to go catch Sasquatch, or whatever else is the absurdity of the day.

Now they’re going after the presumptive front-runner of their own party, Mitt Romney.

The birthers are demanding the Secretary of State in California produce “proof” that Romney isn’t an alien. Maybe he really is from Uranus, a left behind deposit from the mothership when it returns to their trailer parks every Saturday night to collect more DNA. Or worse yet, maybe Romney is a Mexican!

Mitt Romney’s dad was born in a Mormon colony in Mexico. Mitt’s great-grandfather had to flee the United States so he could stay married to Mitt’s four great-grandmothers, and maybe that makes Mitt something. Maybe an alien, maybe a Mexican, maybe not eligible to run for president.

But Mitt probably isn’t overly concerned about the moonbats in his own party. Like all good Mormons, Mitt undoubtedly wears magic Mormon panties that make him invisible, or possessive of x-ray vision, or able to leap over tall building in a single bound, or something else.

But it will be interesting to watch his Republican teabagger pals chase him around the country demanding he prove he isn’t an alien. Of course, once someone explains to this collection of Mensa rejects that Romney is a Mormon, not a “Mormoon,” their interest will probably quickly fade.

– Kenny Belford lives in Tulsa, OK and is a frequent contributor to The Oklahoma Observer