Nancy Pelosi Is Right, Of Course 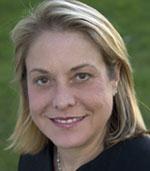 The way for Democrats to win in 2020 is to follow the advice of the shrewdest Democrat in politics today:

– Don’t be goaded by President Trump into a lengthy impeachment battle that will divide the country and ultimately be defeated by the Republican Senate.

It seems so clear.

She has the guts to say it, which is why she is a great leader.

The problem is: How?

The first problem really is House Speaker Pelosi’s to solve. She’s the one who is being goaded. She has to deal with her own members. It would at least help if the candidates who stand to benefit from her strategy would openly back her up and not let this be a campaign issue. We’ll see.

But the second problem is even tougher. Some years ago, NPR asked me to dream up a generic Democrat House candidate: a woman, I hoped, a prosecutor or a combat vet, maybe a woman of color, maybe even gay … There was some laughter then, but here she is – here they are – in Congress. Sadly, the generic Democratic presidential candidate isn’t running this time around.

And electability does not always figure strongly in early state primaries.

People lean over tables, grocery lines, cups of coffee: Who do we have? Biden?

Let’s be frank. There are some people who are very enthusiastic about Joe Biden. I ran into one a few weeks ago. There are many others who glaze over. Young people roll their eyes. Techies look blank. They see him heading to union conventions. What looks familiar to him looks foreign to them. Trump is old, one of my students explained to me, but he acts like a kid. He doesn’t think old. Crazy – but not old.

Biden’s life story is heartbreaking, but it keeps getting messed up with his surviving son’s exploits, professional as well as personal.

That the former vice president’s son shows up on foreign boards and payrolls reminds you of the worst of the old-boy network, aka the swamp, where Biden has spent his entire life.

He has once again made a botch of the Anita Hill incident. What is so hard about owning his mistakes, owning the fact that he did not handle it well then, instead of offering up the sort of half-apology that only invited renewed scrutiny? Or, as one friend said, “Don’t remind me. He is.”

As for Bernie Sanders, I suppose we baby-boom Democrats deserve him. He’s our George McGovern, as it were. Were we nuts? Were they? How many times do you have to lose before you decide that you can’t afford to do it anymore?

Mayor Pete Buttigieg is great. Raw, sheer talent. A true future president. I watch him with the same awe I watched Bill Clinton when he was a young governor and Barack Obama when he was a state senator. But 2020?

America has changed. Demographics have moved the country from Ronald Reagan’s center-right to Clinton and Obama’s center-left.

But the biases remain. Sorry, but Hillary Clinton didn’t lose because she had a private email server. “She wasn’t likable” is what I hear every day. Compared to whom? A male Hillary would have been likable. And successful. Arrogant? Too ambitious? No, it’s classic sexist stereotyping, the impossible line that women have been expected to walk between toughness and femininity, the fighter pilot with kids.

The economic anger on the left and right is not so different. There are people on both ends of the spectrum for whom capitalism is not working. What are different are the underlying biases that feed it.

Is America ready for an African American woman? Are we ready for a married gay newcomer?

Joe Biden’s best shot for the presidency is to convince people that he really can beat Trump. It won’t matter to everyone; he still has to fear those voters who believe that the primaries are about principles, a battle for the heart and soul of the party, the kind of lines I used to write …

But right now, most people aren’t sure how Biden would hold up against Trump, and without that card, somebody else is going to have to grab the center-left, or Trump will get his second term.

Susan Estrich
Estrich served as a law clerk for Judge J. Skelly Wright of the U.S. Court of Appeals for the District of Columbia and Justice John Paul Stevens of the U.S. Supreme Court. In 1988, she was the campaign manager for Michael Dukakis' 1988 presidential run, even though she had never before managed a political campaign. She was the first female campaign manager of a major presidential campaign, and the first female campaign manager of the modern era. [5] [6] Estrich appears frequently on Fox News as a legal and political analyst, and has also substituted for Alan Colmes on the debate show Hannity & Colmes. She writes regular articles for the conservative website NewsMax, for which she is a pundit.[7] She is also on the Board of Editorial Contributors for USA Today.[8] She is currently a law professor at the University of Southern California Law School and a political science professor at its affiliated undergraduate school. Before joining the USC faculty in 1989, she was Professor of Law at Harvard University, where she was the youngest woman to receive tenure.[9] On January 10, 2008, Estrich joined Quinn Emanuel Urquhart & Sullivan, LLP, a law firm based in Los Angeles, where she chairs their Public Strategy in High Profile Litigation: Media Relations practice area. [10][11] She writes a nationally syndicated print column distributed through Creators Syndicate.