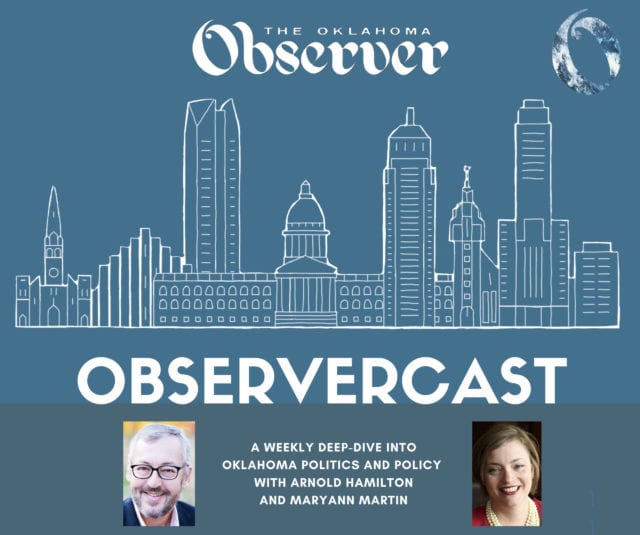 The Oklahoma Legislature has approved the FY 2021 budget – but not without considerable statehouse intrigue. Like many past state budgets, next year’s $7.7 billion spending blueprint is replete with smoke and mirrors. Even the Legislature isn’t entirely certain how much tax revenue will be coming in or how much will be needed to provide for vital state services stressed to the max by the COVID-19 pandemic and the oil price collapse.

The uncertainty is fueled largely because the Legislature and the governor – all Republicans and ostensibly on the same team – aren’t talking … even though their offices are only two floors apart in the state Capitol. The standoff grew so tense that Gov. Kevin Stitt ended up vetoing the general appropriations bill and three companion measures that helped lawmakers creatively fill the nearly $1.4 billion projected budget hole. Lawmakers quickly overrode all four vetoes, an unprecedented rebuke of a governor by lawmakers from the same party.

The state budget, of course, is not simply a series of esoteric line items that keep the green-eyeshade crowd busy. It’s actually a moral document that tells us much about ourselves as Oklahomans and our priorities. It reflects vital services that impact real people.

Nowhere is that more painfully obvious than when it comes to the Oklahoma government’s judicial branch. Increasingly over the years, legislative budget writers have turned to fines and fees to fund the judiciary. As a result, courts and prosecutors are left scrambling to keep their operations out of the red financially. Justice is all-too-frequently delayed or denied. And the accused are often locked in the modern-day equivalent of debtors’ prisons, paying fines and fees that keep the judicial system – just barely – afloat.

In the latest Observercast – Episode 15: The Redheaded Stepchild Of Government – we are joined by Senate Democratic Leader Kay Floyd, herself a former administrative judge, to explore an oft-overlooked issue that deserves serious discussion: what’s working and what’s not for Oklahomans who rely on a thoughtful, independent judiciary in more ways than you might imagine.