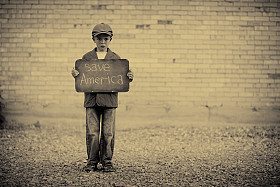 We are just coming out of a recession precipitated by outrageously risky behavior by virtually unregulated Wall Street financial institutions and their executives. After their bailout, those institutions responsible are doing well enough that they have repaid most of their loans. In fact, they are doing so well that they are already passing out huge bonuses to their executives – many of whom are the same people most responsible for the country’s financial meltdown.

But what about the 9% of our workforce that is unemployed? What about those whose unemployment compensation has run out? What about those who are downgraded in their positions and their pay? Something is not quite right about all of this. The penalties appear to be falling mostly on the backs of working people.

Salaried people with 401K plans are still hurting a bit. Some are almost back, perhaps original values or more, but they have not been earning at the planned rate for retirement. These workers are getting no bonuses from anybody, with a few exceptions like GM workers who took a big hit to keep the company afloat.

Interestingly enough, American corporations have been going gangbusters in the latter part of this recession. They have two years of record profits, and they are carrying record cash on their books. S&P 500 corporations are holding $1 trillion in cash, while lesser corporations are thought to be holding perhaps another trillion. Little is being paid out in dividends, and practically nothing is being reinvested in jobs in this country to help put Americans back to work. Only the selfish insiders are really getting ahead.

American workers are going nowhere. They have lost share of the national income. Their real wages have been stagnant for two or three decades. On the contrary, the incomes of the upper 5% have been climbing away from the other 95% of people. Yet with all this, the Republicans have fought tooth and nail to save the multi-millionaires from a measly 4.6% increase in their base tax rate.

How is it that we keep electing people who do not represent the interests of the majority of Americans? One relatively unknown business and economics pundit made a short statement on a news channel’s weekly review. After observing a graphic illustration of the increasing separation of the income levels of the upper 5% from the stable income levels of the other 95%, he made a simplistic explanation. “I’ll tell you why this is happening,” he said, “it is because this upper 5% is convincing the other 95% to vote for politicians who favor the policies that help those at the top to prosper more.”

In other words, the majority of voters have been gullible to the propaganda sponsored by the rich. This includes rank-and-file Republicans, and it includes some sincere Tea Party types who don’t even know their own organizations, as well as their dirty political ads, are bankrolled by billionaires.

During the last 30 years since 1980, when Ronald Reagan was elected, the top 1% [multi-millionaires and up] have gained in their percentage of the nation’s owned wealth from 7% up to 23%. Corporate CEO’s made 24 times the salary of the average worker in 1965, but today the CEO’s make 275 times the income of their average company worker.

This nation is becoming a feudalistic aristocracy of the wealthy. Not acceptable.

As Warren Buffett, an unusually social-minded billionaire, has said, “There is class warfare all right, but it is my class that has been making war, and we’re winning.” Well said, Mr. Buffett. We also liked your comment that you should not be paying a lower tax rate on millions than your secretary makes on a reasonable salary.

Then came the great budget cutting process all across the country.

About the loss of 100,000 jobs as a result of a Republican cutting proposal, House Speaker John Boehner has already declared, “So be it!” Not at all what his party had led voters to believe about them. Republican governors in New Jersey and Wisconsin have demonstrated the same crass attitude toward public workers and teachers in their states. Oklahoma Republicans have the same philosophy as they go about cutting budgets of state agencies, messing with pensions, attacking public schools, and changing the work environments throughout.

The attitude of governing Republicans seems to be, “Let the teachers and the public employees pay the price.” Their big talk about “sharing the load” never gets around to raising taxes on those who can afford to pay. In Oklahoma, they have actually cut income tax rates in the midst of third year round of cuts in agency budgets. Just before the angst in Wisconsin, Republicans there actually passed a tax cut bill of the same value they are pulling out of teacher and public employee salaries and benefits.

Again, Republicans have put the burden of the recession’s hardships in government squarely on the backs of public employees. Medicaid for children and similar benefits for the poor are also taking a hit under Republican management. All beneficiaries of state services are suffering cutbacks, while those who enrich the campaign coffers of Republican candidates ride free.

This is not “shared pain,” and it is not fair to Americans.