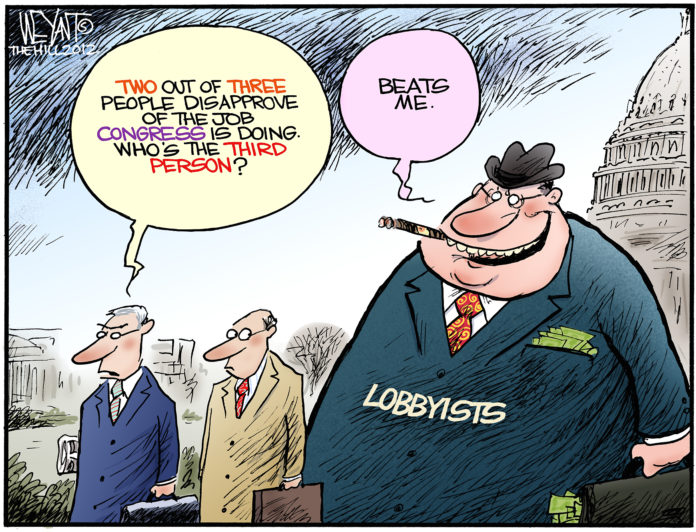 One If By K Street, Two If By Wall Street

Paul Revere is revered for his famous ride through the streets of Boston alerting people that the British army was invading their city and lives. He is the tinsmith extraordinaire who became the great American town crier of the American Revolution that followed and gave painful birth to the nation we now call the United States of America.

For the last decade, or so, there have been other “criers” [myself included] trying to alert the citizens of our sovereign nation that yet another invasion is upon us. But it isn’t the British this time, though they are participating in some of the actions that undermine the financial health and viability of this great nation.

No, this invasion is coming from within; from Wall St. in New York and K St. in Washington, DC. The invasion is the attack and dissolution of the middle class.

A very wise entrepreneur from Detroit recognized in 2010 that corporate/banking America was systematically destroying the middle class. He pointed out that the labor unions and the great U.S. manufacturing base were primarily responsible for creating a consumer class to fuel the continuous success of capitalism in our country.

He continued with a brief description of how corporate America abandoned Detroit and let it become the fastest shrinking city in the Western hemisphere. He also said that the middle class acts as a buffer between the poor and the ruling/upper classes.

If the middle class is eliminated, which seems to be the case since 1980, all that we’ll have is 98% poor and 2% rich. That arrangement will not last long and another revolution/civil war will ensue.

So, in spite of all the high-paid, high-browed and high profile punditry warning the people of the country of this prospect, it takes a saloon keeper in Detroit, MI to tell it like it is so that people will listen.

It’s very humbling to see someone who lives in an entirely different place with an entirely different lifestyle summing up what you’ve been writing about for four years and actually have people perk up their ears and listen. I wish I could be more effective, but I’ll settle for whoever is.

I’ve written several times about the infamous Lewis Powell memo to the U.S. Chamber of Commerce in 1971 calling for an all-out assault on Congress by big business to overturn the New Deal and the regulations that kept Wall St. from doing what it did in the 1920s and the 2000s.

I’ve written several times about the economic fallacy of Supply-Side Economics, its lies and its caddy, Grover Norquist.

One of the most important laws that prevented runaway greed from destroying our form of capitalism was the Glass-Steagal Act of 1933. It was overturned by the Gingrich Congress of 1999 and signed into law by President Bill Clinton. I think it was the biggest mistake he ever made.

In 1971 there were only about 1,200 lobbyists in Washington, or about three for every elected official. Today, there are over 30,000 lobbyists. Our Congress people spend most of their non-voting day wrangling with lobbyists and being “favored” by them.

Read the interview with Jack Abramoff. He laughed when asked how cheaply our Congress people could be bought for and how eager they were to do the bidding of the money people. So much for representative government …

The cabal of lobbyists created K Street because that’s where most of them reside. In view of the success of these lobbyists, Wall Street was overjoyed to be creating wealth without having to invest a dime in making anything except electronic money.

Our manufacturing base was/is encouraged to send our labor and technology overseas where they only have to pay 10 cents on the dollar for wages. Hedge fund types bet against their own loans so when they defaulted they made money too. How can any of that be beneficial for the middle class?

It isn’t beneficial at all. Our Congress is currently embroiled in yet another fruitless, worthless witch hunt because the Republicans can’t stand our president and will do nothing that helps the nation succeed.

Seen any jobs bills lately? The four senators from Oklahoma and Texas all voted against government relief for victims of Hurricane Sandy, but jumped right in for disasters in West, TX and tornadoes in Oklahoma City. Well, not quite. They wanted other budget cuts to offset that relief to disaster victims. You can’t make this stuff up.

These are the creatures that corporate/banking America fund for election. The egregious Supreme Court decision allowing corporations to be people and money speech gave us this collection of fools.

The town criers must continue to cry out. The armies of Wall and K Streets are on the march. Here they come. And they’re coming for your job, your home, your health care, your child’s education and your retirement fund.

If you’re middle class now, start looking at what it’s like to be poor. While you’re at it, you might start thinking about how you’re going to fight back. Try becoming active in the petition process, the “Occupy” type movements and the voting booth. Try putting up grass roots candidates and promoting the daylights out of them with truth.

I ask you all to do these things instead of slurping more Bud Light, or changing the channel on your TV. If you continue to do nothing, the Wall Street/K Street army will overwhelm the lives of you and your children and render you poor.

It’s what unregulated capitalism does. You can fight it now by doing the things I suggest [and more], or you can let your kids fight it in the streets and in the hills and on the beaches.