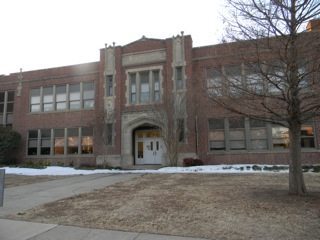 Rhodes Scholar Jay Rubenstein graduated from Cushing High School in the ‘90s. A University of Oklahoma student is one of the 32 recipients of the scholarship in 2011.

Tracy Letts, winner of the 2008 Pulitzer Prize for his play, August, Osage County, grew up in Durant. I attended school in Kiowa with a CMA Entertainer of the Year and the administrator of the OSU Veterinary Hospital. My niece, Hannah Rogers, graduated from Union High School in Tulsa and received a full scholarship to Vanderbilt University. Her little brother, James, who graduates his year, just received his offer from Yale.

What do all these students have in common? They were educated in Oklahoma’s public schools. And all of them have parents who were involved in their education.

These successes don’t mean that there isn’t room for improvement in our public schools. There is too much emphasis on standardized testing and not enough emphasis on reading and discussing good literature. School libraries are underfunded or not funded at all, and the arts programs are cut by those who don’t understand the role of the arts in math and science success. Despite problems, Oklahoma schools produce an astonishing array of successful graduates.

A small, vocal group are blaming teachers and public schools for society’s failures. Teachers didn’t cause the housing bubble or the subsequent financial meltdown that robbed people of homes and jobs. Teachers aren’t responsible for the widening gap between rich and poor. Rather, most teachers go beyond any standard job description to help students deal with lives that are often unspeakably hard.

Instead of making public education a scapegoat, we need to address the issues that stand in the way of success – poverty, violence, homelessness, substance abuse, lack of respect for education. Perhaps the most important thing we can do is provide support for parents so they can be partners with their children’s schools.

I have a dream for my small town. What if we funded community centers where parents can learn to read or study for their GED? What if we built community gardens and held nutrition classes so poor children can come to school nourished and ready to learn? What if we made family literacy as cool as summer baseball?

Public schools and public programs won’t fix every problem, but they are not the enemy. If we destroy public education, our problems will only get worse. Instead of tearing down, let’s build partnerships between families and schools and between schools and communities. Together, we can insure that every student can envision a future.