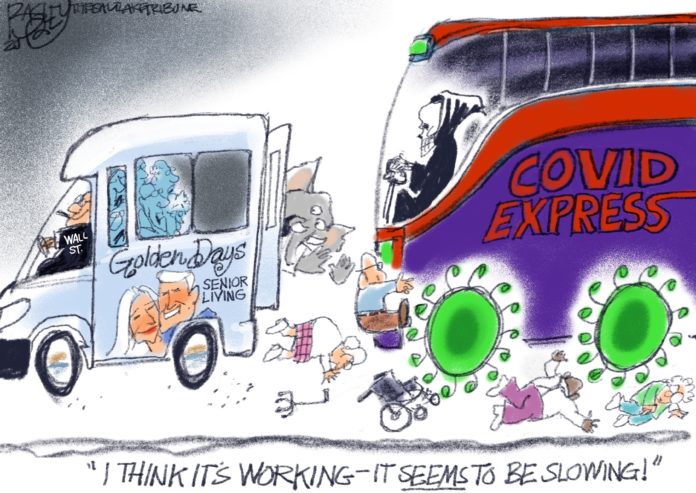 It was an argument I never won. My dad, who grew up during the Great Depression, would greet me with a project, some item that had broken. He would want me to get it repaired. He truly could not comprehend that “nobody fixes things anymore,” that most repair shops had long since closed. Having grown up in an age of thrift, he couldn’t understand our age of wastefulness.

Yours truly, on the other hand, can remember hearing the notion of “planned obsolescence” before I hit my teens. [I’m guessing Mad Magazine might have been one source.] The primary example was that cars weren’t designed to last more than a few years so that consumers would return to buy new cars.

My electric lawnmower conked out on me a couple weeks ago. The company tech expert decided it was probably a resistor – an easy repair except there was no one within 150 miles to repair it and he could not send me the part. He offered to send me a mailing label that would pay for shipment to the Dallas-Fort Worth area. I called the hardware store where I bought the mower seven months ago, and was offered a free trade for brand new mower.

Exercising that option over the weekend, I told the guy making the exchange that it was probably only a resistor and, that since I had forgotten to bring my original grass-catcher [I’m a mulcher], he could keep the one included with the new mower. Nope, that old mower – needing one small part – was written off the books, permanently out of commission.

The doctrine of planned obsolescence became the key factor in most advertising campaigns. You need the newest, the latest, the greatest, the best – or you will not be “keeping up with the Joneses,” Madison Avenue’s mantra. The fear of social failure was, and still is, drummed into our heads throughout our days. [Listening to Judit Neddermann on Spotify when I started this column, I received a commercial urging me to upgrade after about 15 minutes.]

Cell phones are now mini-computers, cameras and the centers of many people’s lives. But you have to have the right one, the new one, the latest. And just to make sure you feel that need, some companies have been caught slowing down the processing on older models just to remind you that newer versions are available.

Good enough is no longer good enough. When I upgraded my computer system, I had the option of Windows 7 or Windows 10. My computer guru said the older version was better. And it has worked just fine. But a few months ago, I got my notice that Windows 7 would no longer get tech support. “Hey, don’t you know we have another product to sell you?”

The success of Madison Avenue’s propaganda campaign surfaces today in the call from Trumpistas to re-open the economy regardless of the cost in lives. Self-serving platitudes about freedom, liberty and the American Way can’t disguise our tendency toward unmitigated greed, rabid consumerism and proud, conspicuous waste.

Older Americans are the high-risk demographic for deadly cases of COVID-19. Thus, a call to “return to normalcy,” as that great economist Cal Coolidge once urged, accepts the notion that the deaths of the elderly – and those with health issues and minority populations with substandard health care options – are just a corollary of planned obsolescence. It’s their time to exit. We need to get these people out of the way so the survivors can get back to work. Their warranty has expired.

Addressing this ageism in La Voz de Galicia at the first of April, the eclectic Galician bagpiper Cristina Pato observed, “Perhaps one of the most painful lessons of this crisis is precisely to see how these forms of discrimination, so present in our aging society, are invisible to those who do not experience them daily.”

Lamenting the high death toll in Spanish nursing homes – which have been mirrored over here when the virus arrived – Pato noted, “Discrimination is a powerful virus that sometimes kills in a violent way and sometimes in a silent manner. Reflecting as a society about other kinds of silent discrimination that will assail us in the coming days is an exercise as painful as it is necessary, but we cannot allow sadness to dampen our spirit of solidarity so we can continue to fight for the rights of those heroes and heroines who never asked anything in return: our elderly.”

We prioritize profits to the total exclusion of all considerations, such as honor, love and truth. A medium of exchange has been given precedence over its own creators. Just wrap a flag around it. Pretend it’s patriotic. Make it un-American to challenge unbridled greed.

How pervasive is this attitude? Consider the number of preachers urging their congregants to put themselves and others in danger in order to fill the churches and their coffers. [And that’s not counting the guy encouraging followers to sign over their coronavirus survival checks to him.]

The religious establishment has spent 160 years fighting Charles Darwin’s On the Origin of Species by Means of Natural Selection, or the Preservation of Favoured Races in the Struggle for Life. But now “survival of the fittest” seems to be an acceptable doctrine in some religious as well as economic circles.

Later in April, Pato wrote, “Maintaining dignity is going to be a daunting task, and perhaps we should stop listening to the daily political sermon to imagine the story of the super cashier, and in passing ask him how he is doing; or that of the neighbor who cleans the residence of the elderly, or that of the worker who disinfects the containers … Because they make the machinery that sustains society … They deserve our applause, our kindness and our deep gratitude.”

They deserve a decent health care system, too, but that’s an argument for another day.