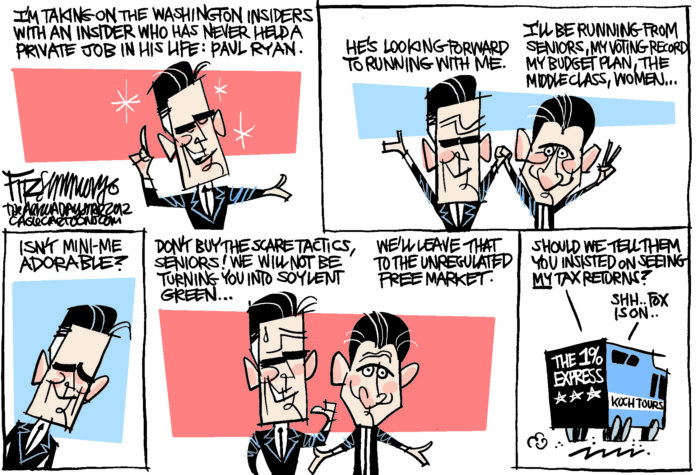 When I read a news column or an opinion piece online, I always read the comments. Sure, I know that commentators aren’t representative of the voting public, but they are revealing of the fringes. And they seem to prove one thing: people with opinions about something aren’t likely to change those opinions even when presented with facts.

In the comments section, ignorant people can feel informed and clever.

You see it in the ways they find to say things that would be censored – misspellings of forbidden words, euphemisms, and the use of symbols.

You see it in the nicknames for their most hated politicians, names they picked up from bumper stickers and from each other.

Then there are the ringers who post the exact same message in a dozen comments sections. They know that if you tell a lie – or even a truth – enough times, someone will come to believe it.

Perhaps it is my own political views that make me think that the comments seem to be heavily weighted toward one side of the political spectrum. I’m in good company here. In a recent Gallup poll, many of the Republicans polled said that the media was too liberal. A large number of the Democrats said the media was too conservative.

I like to think I have an open mind, and I read opposing viewpoints. Even so, I gravitate toward writers who share my opinion. And I pick apart ideas with which I disagree.

It appears we all look at things through our own ideological lenses.

This weekend I watched as Gov. Romney introduced his new running mate. I have nothing against Paul Ryan personally, but I don’t like his policies, especially his drive to make Medicare a voucher system.

When I heard his familiar mantra in his speech, I had an immediate reaction.

Ryan said, “Our rights come from nature and God and not from government.”

I talked back to the television screen: “What about the Constitution? Don’t you believe in its power to guarantee American rights?”

My response put me in mind of the commentators. It was a gut reaction.

During this election year, I hope all Americans will make this pledge: I will truly listen to both sides before I make a decision.

Is there a chance we can get a similar pledge from the commentators?