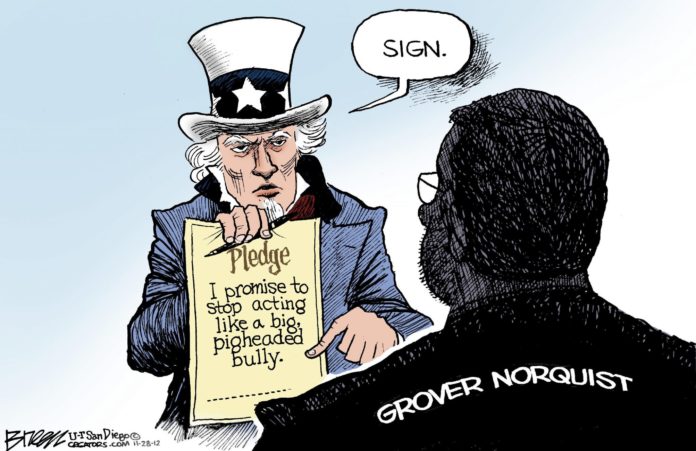 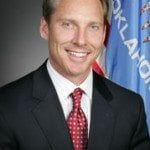 If all your friends jumped off a fiscal cliff, would you do it too? The answer from Sen. Tom Coburn and Rep. Tom Cole is no.

Though staunchly opposed to increasing tax rates, both men recently made national headlines; Coburn for his willingness to increase receipts by eliminating loopholes and preferential tax treatments and Cole for suggesting Republicans accept a compromise solution ensuring 98% of Americans avoid a tax hike.

Grover Norquist claims both positions defy the anti-tax pledge, the revenue-neutral standard for tax policy changes made famous by his Americans for Tax Reform advocacy group.

Until now, ideology-based conservatives like Norquist have defined conservatism by their own terms. Absurdly, yet expectedly, the conservative credentials of both Coburn and Cole are under fire. Such reality-based conservatives who dare step out, or in it, get branded with the M-word to be thrashed about in the public square clothed in the “moderate” label regardless of the fit.

Norquist lambasted Coburn saying “he lied his way into office.” Coburn struck back by defining the difference between cheap and courageous conservatism, stating the former is that of rhetoric, pledges and pandering while the latter is that of truth, action, solutions and sacrifice.

Oklahoma also has ideologically-driven interest groups that seek their own definition of conservatism.

One such group, the Oklahoma Council of Public Affairs, has upped the ante on the Norquist gold standard where anything short of complete elimination of the state’s largest source of revenue is deemed not conservative.

Is it not conservative to be cautious in our approach to needed income tax reduction, to protect the state credit rating, to pay our debts and to ensure sufficient funding for core services with a diversified and dependable revenue structure?

In Oklahoma, those who say cuts in tax rates should be offset by cuts in spending and by broadening the base – ironically the very position heralded as conservative at the federal level – are burnished with the moderate brand.

Perhaps one can find some humor in the dictionary definition of conservative as “moderately cautious.” Its synonyms – reasonable, temperate and judicious – are descriptors that most would normally appreciate. But for us on the right, the term “moderate” is decidedly negative and misdirected at reality-based conservatives who dare question the ideological.

Even with a consistent record of cutting taxes and spending, this conservative economist was dinged for questioning a study by Arduin, Laffer and Moore and even jabbed in a Wall Street Journal editorial for issuing a “bogus” opposing report.

Of course, no such report existed and the editorial was written by Stephen Moore, who along with Laffer was being paid by OCPA for services rendered. Seemingly forgotten was that our policy positions are in alignment much more often than not.

Recently, the Oklahoman urged “caution in cutting the income tax without offsets,” siding with the more “moderate voices.” Their use of the M-word may be correct according to Webster’s. But in politics such characterization scores a win for the agenda-driven ideologues who seek to redefine conservatism, which begs the question: moderate compared to what?

Ronald Reagan, the deserved standard bearer of conservative principles, would no doubt be attacked in today’s political climate since he failed the revenue-neutral test by signing several tax increases.

The fact that he greatly lowered income tax rates overall and shrunk the highest marginal rate from 70% to 28% would not be good enough.

When reminded of this inconvenient fact, Republican Sen. Jon Kyl said, “Reagan was in a situation where he had to compromise in order to get some things done.” Gee, with the pending fiscal cliff and three years with no federal budget, I guess we’re not there yet.

Though the 100% litmus test currently shows little sign of abatement, with principled statesmen like Coburn reclaiming the real[ist] definition of conservatism, perhaps soon we will be able to focus our energy on the 99% where conservatives agree rather than the 1% where we do not.