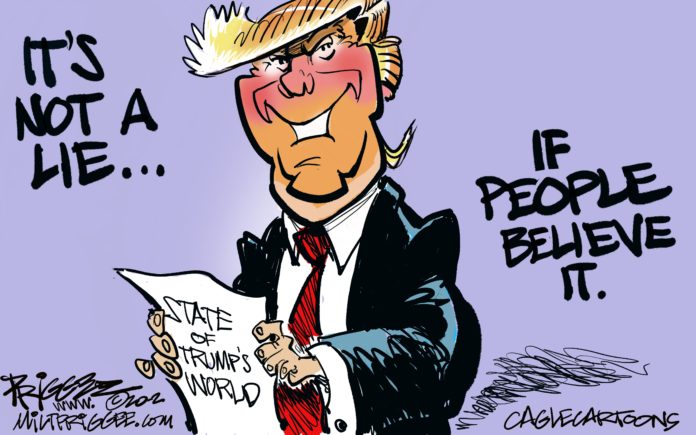 Some of my trump supporter friends have chastised me for not respecting trump as President.

Well, the thing is that I actually do respect the office of President. And that is why I cannot respect trump. I believe that respect does not automatically come with the office. Respect is something that must be earned. Otherwise, it is not authentic.

Trump has demonstrated that he has no concept of that idea of service. He has as much as said that he would prefer to be king. But we do not elect kings in America, we elect presidents. And the office of President is not meant for personal advancement and financial gain.

The occupant of that office is, by both law and tradition, there to serve the best interests of the people and the country. John F. Kennedy summed it up concisely when he said, “Ask not what your country can do for you. Ask what you can do for your country.”

That is the high mark of true patriotism, and trump has not a clue.

So no, I have no respect for trump’s use of the office to advance his financial empire, to coddle dictators and antagonize America’s longtime allies. He has even desecrated and dismantled our sacred national monuments and parks, showing disrespect and outright contempt for the very ground America stands on!

We have every right to expect and demand that our president be a moral example, that he respect the Constitution and reinforce the American standard that we are a nation of laws and that no person is above those laws. But trump’s out-of-control ego and arrogance make him believe that he is above all laws and that he is the supreme authority, a would-be king.

Our forebears came to this country to get away from the tyranny of kings. Most of us have no intention of going back.