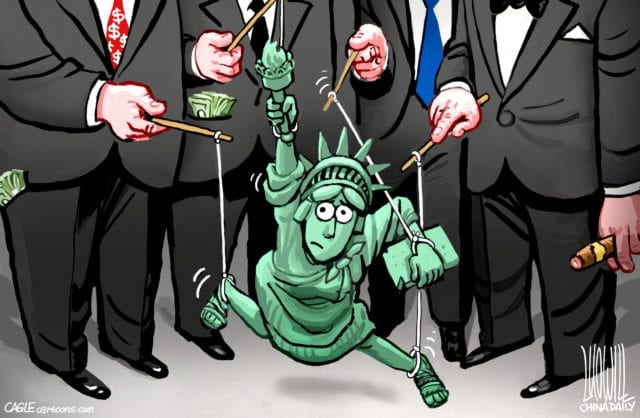 I’m obsessed with politics. My husband sometimes bemoans the fact. My aunt tells me that proper people don’t discuss politics or religion.

Politics happens whether we discuss them or not, and someone better be paying attention.

I’ve lived a long time. Eisenhower was president when I was born. I wish we had Republicans like Eisenhower again, not perfect, but with the best wishes for this country in his heart.

The first time I got married, someone among the wedding party removed the sticker from my car. It said, “Honk if you think he’s guilty.” I was an observer then.

In my time, I’ve seen students killed by National Guardsmen; cities burned because of anger and frustration with the system; innocent people railroaded because they were too brown or too poor; rich people able to buy privileges, even when they were guilty; lawmakers who looked the other way to maintain their power; and cheaters, liars, and the corrupt getting ahead while honest, hardworking people scrape by.

I’ve seen infrastructure deteriorate because the wealthy lobbied for tax cuts. Public schools, our best hope for a prosperous and democratic future, starve for lack of funds. As healthcare has gotten ever more expensive, we are often denied the power to make medical decisions. Those decisions are left up to people without medical degrees.

I study history and continue to observe, and I see that democracy dies when no one’s paying attention. It is my duty as a citizen to speak up. It is my duty to vote. It is my duty to march. These things are your duties, too. Democracy is too great a prize to let slip away simply because there are those who think we should close our eyes and our mouths.

In my long life, I’ve never seen such blatant corruption, such naked greed and blindness to incompetence. It has never been more imperative that citizens speak up, even if it isn’t the polite thing to do.

Jill Lepore wrote, “It is a paradox of democracy that the best way to defend it is to attack it, to ask more of it, by way of criticism, protest, and dissent.”

A former student of mine said he just wanted me to be proud of this country. I will be when the citizens rise up, speak up, and prevent the greedy and corrupt from destroying it.