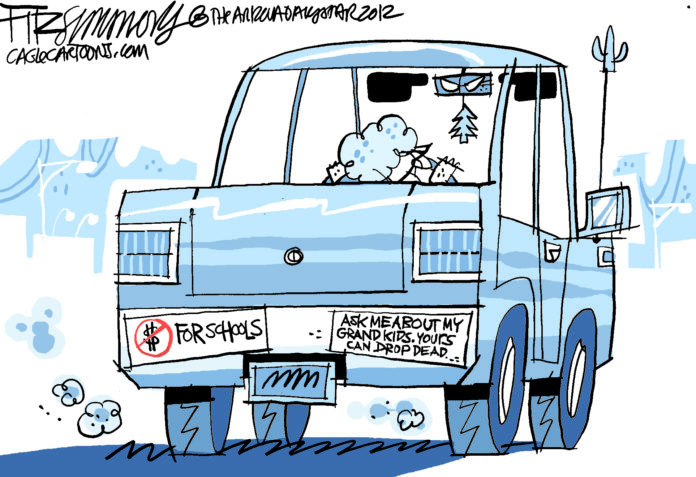 The shooting death of Hadiya Pendleton in Chicago can’t be characterized as anything but a tragedy. Here was a young prep school student who will never fulfill her promise. No argument will minimize that truth.

But we are perpetuating tragedy and denying promise every day in this country with an education system that creates a de facto caste system. Subpar education puts too many into class slots they can’t climb out of.

More than three million students drop out annually. About 2,000 high schools, mostly in poor areas of the south and in inner cities, account for nearly half of the nation’s dropouts.

The location of and conditions in these schools make it clear that money plays a big role in the dropout problem. It isn’t just underfunded schools but also generational poverty of families.

That we don’t put our best efforts and our dollars into fixing the problem is immoral. And costly.

Would increased school funding have save Hadiya’s life? We will never know. But with intervention and commitment, we can save other lives.

About 75% of crimes are committed by dropouts. It’s easy to see why when we know that dropouts are not eligible for 90% of available jobs.

Chronic joblessness can inspire some stupid and desperate decisions. Gang culture is just one offshoot of this poverty and hopelessness.

Crime isn’t the only thing we pay for when we give education a short shrift. According to one study, the dropouts of 2006 will cost “$17 billion in Medicaid and expenditures for uninsured health care” during their lives. Now, add in the dropouts of 2007, 2008, 2009 … Get the picture?

Again, it’s not just the cost but the morality of wasted lives. We need to put our best minds to work here. Let’s get out of the test-them-till-they-drop-out-mode and concentrate on teaching real skills.

We have to commit real dollars and real labor.

If we don’t make education the priority it must be, these wasted lives are on our hands. Here are millions of Hadiyas, their futures of promise cut short.

So, what are we going to do about it?