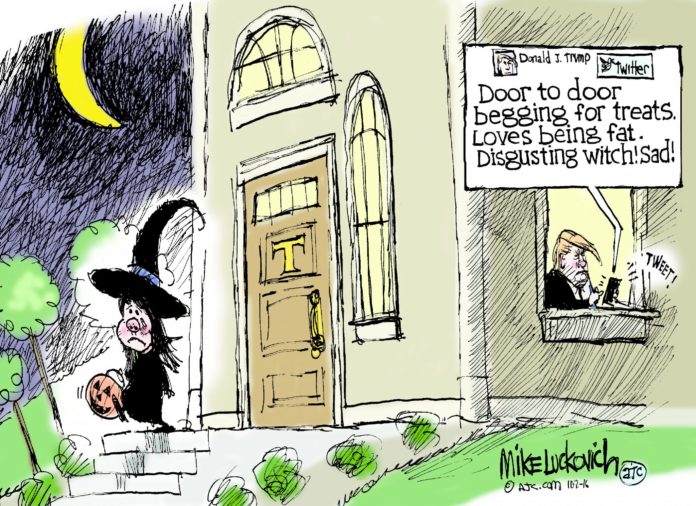 Sifting Through The Ashes

Let’s begin with a poignant quote from one of our original patriots who yearned for the idealism of a democratic republic and spoke of it in eloquent terms:

“It is natural to man to indulge in the illusions of hope. We are apt to shut our eyes against a painful truth – and listen to the song of that syren, till she transforms us into beasts. Is this the part of wise men, engaged in a great and arduous struggle for liberty? Are we disposed to be of the number of those, who having eyes, see not, and having ears, hear not, the things which so nearly concern their temporal salvation? For my part, whatever anguish of spirit it might cost, I am willing to know the whole truth; to know the worst, and to provide for it.” – Patrick Henry, 1775

Moving from the sublime to the ridiculous is not easy for me in that I try to avoid lurches in topics. But sifting through the ashes of the first Clinton v. Trump “debate” is an exercise in discovery, the discovery that we have lost our minds as a society. The words from Mr. Henry were never more poignant than they are during this election season, especially the part about telling the truth.

It seems that many “undecided” voters don’t like Hillary Clinton because she made a mistake with her e-mails and then denied telling the FBI about it. The thing is, her three predecessors used private e-mail servers too, because the in-house system was three generations behind and couldn’t handle the traffic in anything approaching efficiency. Well, gosh, people. Did we forget that the Bush/Cheney cabal dumped over 22,000 e-mails as they were escaping to the banquet circuit? In view of the illegal wars these monsters perpetrated, aren’t we even a little curious about what they were talking about? I guess not.

Besides, we now have the king of lies himself to dissect on an hourly basis. Donald J. Trump has been allowed to represent the mindless and leaderless Republican Party in a national election. I know. I have to shake my head in hopes of this being just a bad dream. It isn’t. Unlike Trump, I appreciate reality for what it is and am deeply, mortifyingly disturbed by what I see. Trump is the most ridiculous person to run for president since Pat Paulson. His lies cascade out of his mouth like a broken sewer pipe to the tune of three per minute. And people say they don’t like Hillary because she lied. Really?

It looks like Mrs. Clinton will get a nice bump in the polls after the debate, but the pundits still keep trotting out the surrogates who babble mindlessly about their candidates to point of putting us all to sleep or having us run to the bathroom to relieve ourselves of our latest meal. Why just last Wednesday I read where Rudy Giuliani labeled Hillary Clinton “stupid” for not commenting more stridently about her husband’s dog days. Really? Is this where the Trump surrogates are going, to the tabloids? Are we going to smear everyone’s marital issues out on the walls of our American homes like so much plaster on a wall? If so, let’s talk about Trump, Giuliani and Gingrich for their dalliances, too. Is this what we’re voting for? Hey, I got finished with tabloid journalism when I was 16 and learned that flying saucers did not land in Gertrude’s back yard in Kansas.

Perhaps the most troubling aspect of this yawning chasm between ideologies and the confusion of those who “can’t decide” is the stretching of our national fabric to the point of tearing. Remember, we experienced a similar acute division in the 1850s and we know how well that worked out. I’m now reading opinion pieces asking about what a divided nation would look like, but instead of blue v. gray, it’s blue v. red. In Texas, where political sophistication is simply not part of any conversation, the secessionist crazies are still beating their drum of mindlessness. I suppose when your particular ideology has failed abjectly, you run away and look back to what you supposed were happier times. The funny part is that 90% of these secessionists wouldn’t survive two weeks in 1850, not having their canned beer or TV remote immediately at hand.

Have we really become such a nation of dummies that we excuse our chosen candidates for any and all misdeeds and missteps? Otherwise, how in the world could intelligent people think that some know-nothing, unprepared, loudmouthed bully with a disdain and hatred for all things he doesn’t understand could be better than someone, though flawed, is the most qualified person to be president in our national history? What happened? Did the reptilian brain suddenly jump up and create mass de-evolution of the human brain? What happened to our grace? Did we ever have any?

I’m often asked how I’m surviving as a liberal writer in Texas. I respond by saying it is not without great difficulty. The thing is, as far as I can tell, about 45% of Texans are pretty cool and not just because they think like me. That number is much smaller. But the 55% who elect and vote for unbelievably bad and misinformed lunatics to represent them destroys all credibility here. How, for example, do we explain Louis Gohmert [fact free], Rafael Cruz, aka Ted [self-serving opportunist], Lamar Smith [climate change denier] and Pete Sessions [another fact-free zone] being elected over and over to perpetuate the laugh lines across the nation. Both Bushes claimed Texas residency though both were born in Yankeeland. The list of lesser creatures of the night is long and ugly.

Well, Texas is but one example of how things can go so wrong. I’ve written before that the election of a class guy, Barack Obama, freaked out everyone not listening to anything but their reptilian brains. Instead they listened to the dog-whistle racists like Ted Nugent and broke out those closeted racial hatreds along with their Confederate flags. Gun sales went through the roof after both elections. Right wing screamers declared that civil war would erupt. So, what are these people doing with their guns, besides wearing them to Wal-Mart or the pizza palace down the street. Boy, there’s a statement!

This coming election may be a defining moment for the next 20 years of our country’s existence. Obama’s presidency scraped the scabs off the never-healed racist and geographical wounds of those who had that cultural imperative crammed down their throats for generations. Now we have a raving demagogue trying to replace him; a kind of cheese replacing chalk. Where Obama [and Hillary Clinton] exhibit class, grace, intelligence and forethought, Trump exhibits hatred, anger, dystopia [talk about lies] and xenophobia not seen in public conversation for decades. Why are so many Americans so eager to see someone undo all the good things from the last eight years?

Lest we forget, the Bush Administration left a pile of ashes on the doorstep of the White House that Barack Obama has been trying to clean up for those eight years. The fact not often mentioned is that ISIS was created by Bush’s crony, Paul Bremer, when he fired the Iraqi army, didn’t guard the conventional weapons caches and somehow lost a couple of pallets full of $100 bills totaling over $3 billion. The Obama Administration is directly and indirectly responsible for private sector job growth for a record five-plus years. Trump says we’re in terrible shape, when it is the Republicans who allowed corporate America to move their jobs overseas and hide their profits in foreign banks. Trump says he is “smart” to not pay his taxes. Are all the other corporations equally “smart” or are they just selfish, greedy traitors who don’t want to pay their fair share of America’s needs.

The next pile of ashes that we have to sift through may not be metaphorical, but real. If hate and bigotry are allowed to lead this country, the horrors of the previous domestic wrenching will look like child’s play. The terrorists in other parts of the world won’t have to lift a finger. We’ll do their job for them. Back then, all the rifles were single shot. There were no machine guns, tanks, rockets or jet bombers. Back then, it took a long time to get from one place to another. Back then there was no C-4.

Think about what your children and/or grandchildren will face if we allow a self-indulgent, thin-skinned egomaniac to be in command of the most destructive force in world history. The ashes from someone like that losing his mind or temper will be real and they will be floating throughout the world.