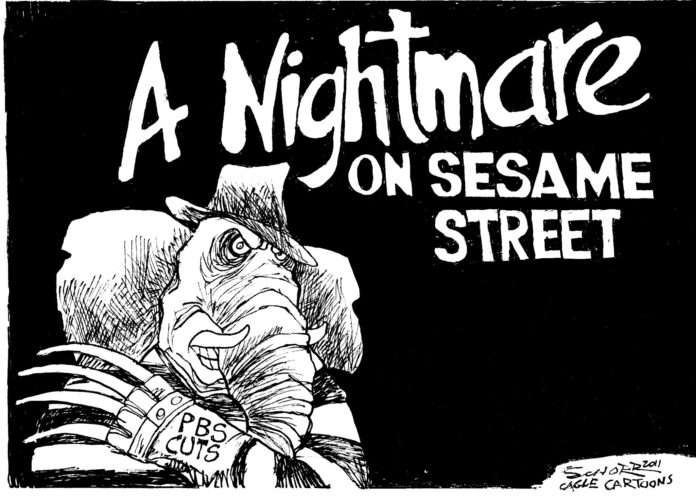 UPDATE: Rep. Leslie Osborn has withdrawn HB 3039 from the House Appropriations and Budget Subcommittee on Education and does not plan to pursue it further this session. She clearly did not have the votes for passage. 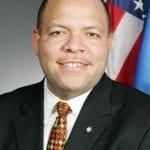 I am a father and a member of the Oklahoma House of Representatives. I have two young children. One of our favorite things to do together is watch educational programs like Sesame Street, featuring my daughter’s favorite characters, Zoe and her best friend Elmo. These shows are seen statewide on OETA, Oklahoma’s public television network.

I appreciate this quality time I spend with my children because it gives them a chance to learn without being subjected to sex, violence and commercials. I know that programming on OETA is safe for my children and I don’t have to worry about what they are going to see next. That’s not the case for children’s programming on commercial TV or cable, like the Cartoon Network.

OETA is more than a safe place for children. It educates adults, too. OETA sends to all Oklahomans programs about history, science and culture, and other shows that teach us about our state and world. OETA gives us meaningful news and information and emphasizes the Legislature and state government. OETA helps each of us become better informed citizens.

OETA is especially important in rural areas that don’t get any other Oklahoma programs. It’s also important for people who just cannot afford cable or satellite TV. That’s a lot of people in Oklahoma, including many in my legislative district. It also includes a lot of parents and grandparents who enjoy spending learning time with their children and grandchildren watching OETA on the TV or on a computer.

One of my legislative colleagues has filed a bill that, if approved, would completely cut funding for OETA over a five-year period. She admits OETA is a valuable service, but claims that if public funding is eliminated more private donors will give money to OETA. That doesn’t make sense.

It only costs $1.01 per year for each person in Oklahoma to receive OETA, and the station’s $3.8 million budget is just a tiny fraction of the state’s more than $6 billion budget. Currently, OETA receives 39% of its funding from the state and serves 95% of our population.

Over the last three years, OETA’s appropriation has been cut 26% – one of the largest cuts in state government during the economic downturn. In this time when education and information are so important, I think we should be giving OETA more funding, not less. Informing and educating our citizens is a core government function. With our economy rebounding, we certainly can afford to properly fund OETA if we make our people, and our children, a priority.

Mr. Rogers used to say, “It’s a beautiful day in the neighborhood.” Well, a neighborhood without OETA would not be beautiful. I don’t want my colleagues to kill Elmo or Sesame Street and I certainly don’t want them to kill OETA. I hope the people of Oklahoma will join me in opposing all efforts to de-fund our state television network. OETA is a state treasure – a valuable asset we must protect.