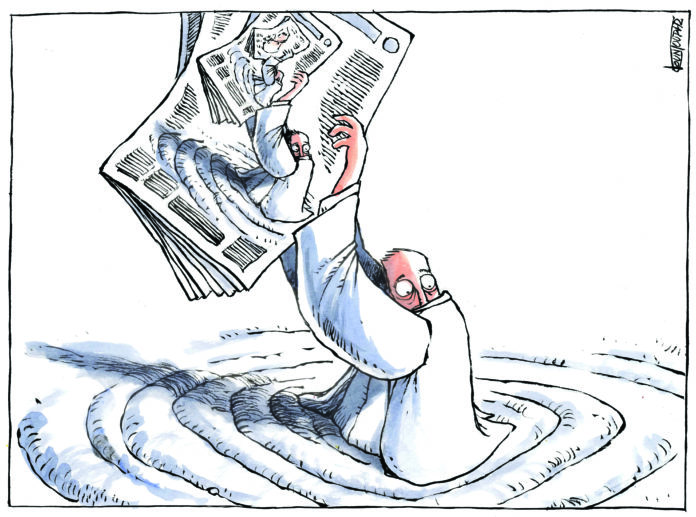 Stories Of Sanity, Compassion And Trust Amidst Communal Violence 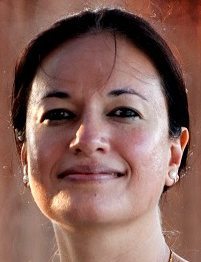 The printed word can make a large impact on the public mind.

I hope to see journalists, particularly those in mainland India, rise above personal prejudices and look at problems from a detached and independent point of view, and, thus, make their contribution to the solution of many vexed questions.

It is important to strengthen secular democratic forces in Jammu and Kashmir, that is forces that stand for equal rights to members of all religions and other persuasions.

Such forces cannot be strengthened by the repression of legitimate journalistic voices.

Secular democratic forces should foster communal harmony, not only within Kashmir, but also in the rest of the subcontinent and should be in conformity with past traditions.

I also hope the Government of India considers the revival and reinvigoration of democratic and civil society institutions in Jammu and Kashmir, which could initiate positive action around shared interests and purposes.

The revival of such institutions requires freedom of press.

India chose democracy, secularism, and socialism as its goals in 1947. The first milestone on this road is democracy. Democracy entails a lot more than merely conducting elections every five years. In substance, democracy is a way of life and a way of thinking.

In a democracy, the majority will prevail, but it is equally incumbent on the majority to respect and defend the legitimate interests and sentiments of minorities and to dispel their apprehensions.

The greatest test of the success of a democracy lies in the extent to which its minorities feel secure. In this perspective, democracy and secularism in India will remain failed experiments so long as minorities are marginalized.

I am not saying this as a Kashmiri Muslim, but as a South Asian and, more so, because I have never reconciled with the communalization of politics.

Muslims are part and parcel of South Asia’s history – past and future – and I am of the firm conviction that every inhabitant of India must be given a sense of participation in the country’s affairs.

In light of the complex political history of India, it becomes all the more important to ensure that the minorities of the country are satisfied with their relationship with mainland India.

Amidst incidents of arson and looting in Delhi, several unsung heroes are fighting to protect our common humanity. From the Hindu man who sacrificed his life saving his six Muslim neighbors from the conflagration that engulfed them, to the Muslims who formed a human chain around a temple to prevent its desecration, such heart warming instances demonstrate that humanity hasn’t perished.

Several people have kept themselves away from the despicable influence of communalizm. Communalizm and its propagation should be regarded as a sin against humanity. Even today, there are people who do not tolerate an outlook that makes a distinction between communities and people.

Many of us were taught not to discriminate between Hindus and Muslims. We were taught that the life of a Hindu was as sacred to us as that of a Muslim. We were taught that any harm to a Hindu should be prevented at the cost of our lives, for our religion teaches us that it is our duty to defend and help our neighbor. I am proud to see people like the Muslims of Chand Bagh, who chose to protect a Hindu religious site, amidst the inferno.

Stories of Muslims saving Hindus and protecting their religious sites; Hindus warding off frenzied mobs, and giving refuge to endangered Muslims; and Sikhs opening relief camps for the sick, wounded, and vulnerable are manifestations of the indivisibility of the human bond.

People who recognize the inherent human dignity of one another and are not swept away by the communal mob frenzy are the real heroes. They ensure that the state and its appendages cannot claim monopoly of every human relationship.

Those who have been in the political arena for a long time must recognize that there is no politics without negotiation. And the ultimate negotiating authority is always the citizens. Real democracies thrive on differences of opinions, not on gagging those who might not be on the same page.

The stories of sanity, human compassion and mutual trust that have shone in the wake of communal violence remind me that hope still exists.

The relationship of the only [up until now] Muslim Majority state with India was contingent on the depth of Indian democracy. We, the people of Jammu and Kashmir, will not falter from our ideal even if we are left alone in this great battle for democracy and humanity.

– Nyla Ali Khan is the author of Fiction of Nationality in an Era of Transnationalism, Islam, Women, and Violence in Kashmir, The Life of a Kashmiri Woman, and the editor of The Parchment of Kashmir. She also has served as a guest editor working on articles from the Jammu and Kashmir region for Oxford University Press [New York], helping to identify, commission, and review articles. Nyla Khan is a Commissioner of the Oklahoma Commission on the Status of Women. She can be reached at nylakhan@aol.com.