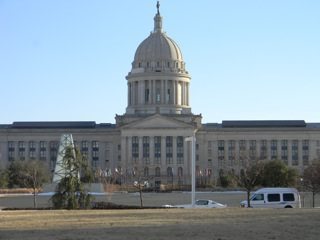 Tempest In A Tea Party Pot

Editor’s Note: A state Senate committee on Monday took the first step toward neutering the State Board of Education, endorsing SB 718 by a party-line, 12-5 vote. If approved in its present form by both legislative houses and signed into law by the governor, the measure effectively would turn the state board into an advisory panel.

The brief, but likely continuing, tempest in the Tea Party pot at the Oklahoma State Department of Education is illustrative of similar storms taking place in various states and cities in America. It surrounds efforts at “education reform,” which can mean anything from blowing up school systems with political dynamite, i.e. “throw the baby out in the bathwater,” to modest and needed changes of a beneficial and progressive nature. These different storms often contrast changes made by fiat of authority with those made by cooperative study of issues and solutions.

In the case of the Oklahoma State Department of Education tea pot fiasco, the signs all point to one person with a stick of political dynamite, which she calls a “mandate” – from a poorly contested recent election in which the winning candidate had all the campaign money, most of that from right wing forces aided by millionaires and corporations.

Many do not accept that as a “mandate.” Voters in Oklahoma have a poor understanding of the issues behind the forces who pay big money to advertise for their vote. They do not really understand “charter schools,” the semi-private alternative to public schools which the new state school superintendent has espoused and is expected to push. She shows signs of doing her pushing in the fashion of a bulldozer.

The voters of Oklahoma did not vote to strip their public schools of funding and send tax money to semi-private entities, which may then choose to contract with corporations to essentially privatize our schools. They did not choose to strip our educational system of essential regulation and enforcement of standards of teacher certification, curriculum requirements, and accountability. They did not vote to allow private entities to skim off the students in the localities they wish, take the public tax money, hire cheap teachers, and do a cheap job of educating their student selection with their own curriculum while making a profit for “service” corporations.

Certainly, the public did not vote to pull students from public schools [and the tax money] and move them to a private entity which would make a fortune while offering cheap education via internet to students at home. This is sold to people as progress?

Certainly, the State Superintendent of Schools has a leadership and administrative role to play in the state’s common education system. But it is not an authoritarian role, and it has not been for decades. That office does not operate by fiat, nor by “papal bulls.” And, then there is the problem of a absence of acceptable professional credentials.

Decades ago, the office of the state superintendent was indeed a highly authoritative role. Superintendents such as Dr. Oliver Hodge, well-known to this writer, did indeed operate in a rather authoritarian manner at times. But Dr. Hodge began the democratization of the department’s functions. He shared his authority, coincident with that of the state board of education, with those who fell under his care. Many of us served on teacher education, professional standards, graduation curricula, school size, funding formulae, and other commissions and committees. The state’s regulations, and many of its laws, came from such a shared process.

Others followed Dr. Hodge’s example with even more democratization and shared authority, giving professionals in education a huge participatory role in forming the guidelines by which the system would function.

Still the public and the Legislature did not always feel comfortable with so much authority over public education residing in just one “political” official. Likewise, that one person often felt more comfortable with the board taking a stronger role and sharing the responsibility for tough policy decisions and recommendations on education. Thus, the State Board of Education came to have a much greater customary and legal role of authority in education. It has its place, and it is there for logical reasons.

Unless one believes that the best changes occur through destructive explosiveness, i.e. blowing up and destroying the system which has developed through the years, then it would be wise to approach change as some kind of an orderly process that involves the participation of those being governed. Normally this takes longer, but it works better. And, the results are better and last longer.

Of course, all this presupposes there is present a genuine desire to have the best public school system in Oklahoma that is within our cooperative reach. If the goal is really to do away with public education in Oklahoma, as some suspect, then let us hope that is made a hotly contested battle by public school forces.