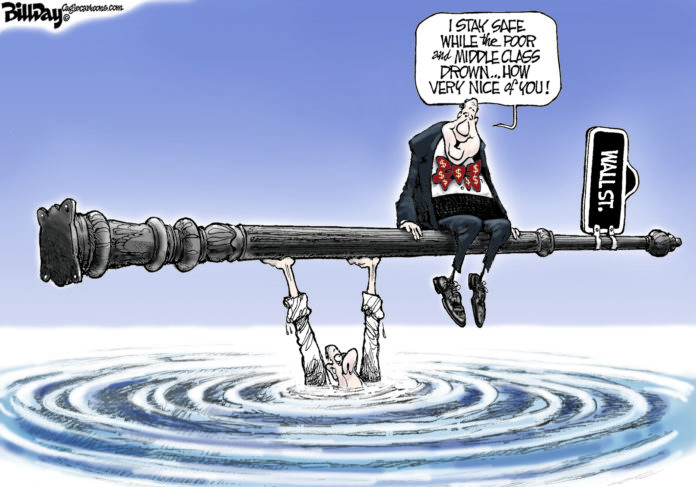 So, you just thought you might be able to retire someday.

You worked for yourself for 30 years, made a pretty good living, saved your money, and looked forward to maybe traveling when the kids finished school. You planned with the best of them, but there’s that old saw: “When people make plans, God laughs.”

You’d like to quit, but you’re too young for Medicare. Your private insurance premiums keep going up, so you up your deductible and keep working. Still, you pay more for your major medical policy than your neighbor brings home in her paycheck.

You have a look at your retirement account, the money you saved instead of going on vacations or buying a new car. Banks are paying less than one percent on certificates of deposit. If you have a hundred grand socked away, that gets you an extra $750 to $1000 a year. Nope, no traveling on that.

Finally, your grown kid shows up at your door. He has a degree from a good school. He worked to pay for his apartment and his car insurance. You paid for his health insurance. He kept up his grades and applied for scholarships, and he graduated with only $10,000 dollars in student loans. He found a job, but it wasn’t the one he was looking for. It will have to do. Meanwhile, “Welcome home, son.”

Is this your story? Probably not. Three-quarters of Americans don’t have $100,000 in savings. Many college graduates have much more than $10,000 in debt. More than 50 million Americans, most of them workers between the ages of 18 and 64, have no health insurance.

Welcome to the new middle class. More and more people are living in poverty, including many seniors who depend on Social Security for their retirement. But the misery is spreading upward.

The Wells Fargo/Gallup Investor Retirement Optimism Index survey questioned people with money, “roughly the top third of Americans with investable assets.” Middle class investors were asked about their outlook for retirement. More than half said they would need to work to maintain a comfortable retirement lifestyle. These are jobs that won’t be available to new graduates.

Life isn’t fair, but it’s hard to remember when it has been so unfair to so many. And what boggles the mind is how cavalier our elected officials are about the problems of the citizens, from the unemployed to those who can’t quit.

Oh, they have answers. Cut government spending. Lower taxes. The people have no bread? Let them eat cake.