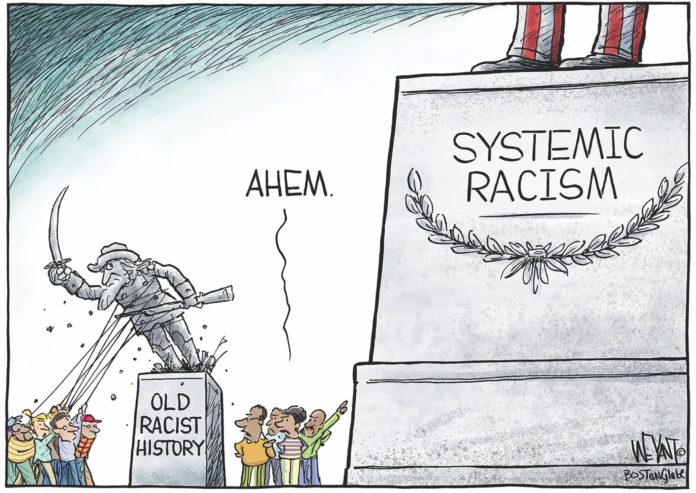 The Economics Of Race

What if the United States had made good on its promise to give freed slaves 40 acres, or even 20? They had been farming the land for their owners for more than 200 years when they were emancipated. Imagine what they could have done with their own land! Is that what white farmers feared, successful black folk?

It took only until the fall for Andrew Johnson to take back the promise and return to land to the planters who previously owned it.

We’ve been perpetuating this travesty ever since.

In 1921, white supremacists in Tulsa, aided by the National Guard and the governor of the state, wiped out the wealth of Greenwood’s black residents.

During reconstruction, out-of-work black men could be charged with vagrancy and jailed. White employers refused to hire them, instead paying the state for convicts, slave labor by another name.

Descendants of slaves who were denied their own land worked as sharecroppers. That system always worked in the landowners’ favor.

Even now, a white man with a gun gets the benefit of the doubt more often than an unarmed black man does.

Families can’t get ahead when the breadwinner is locked up. Or has been shot in the back.

Families can’t get ahead when addictions are treated as a crime instead of an illness.

Families can’t get ahead when the breadwinner has a prison record.

You can’t refuse to give people jobs and expect them to prosper. You can’t deny them opportunity and an adequate education then complain when they need financial assistance.

Racial justice and economic justice, you can’t have one without the other.

None of this will be set straight until racism is acknowledged, until laws and attitudes change. It’s going to take all of us working together, and that includes both political parties.

People just don’t seem to understand that the economy works best when everyone works, when every family has the means to pay the bills and buy the groceries. Only when we extend America’s promise to all will we make this country great.