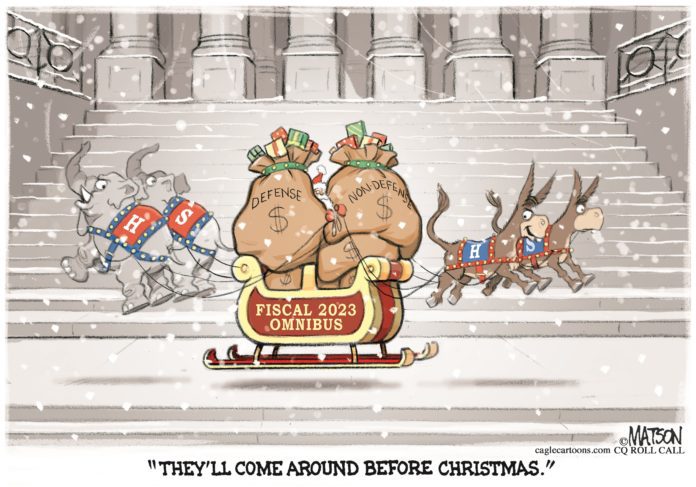 The Face Of A Government Shutdown

History buffs may think the fellow pictured atop this Yahoo news story is a modern version of Vladimir Lenin who was the founding member and first head of government of Soviet Russia from 1917 until 1924 the year of his death. However, Lenin is still around but in a mausoleum in Red Square.

Nope, the guy being pursued by the Capitol press is current day Lenin look-a-like U.S. Rep. Chip Roy, R-Texas, who is what passes as a modern day revolutionary, because he wants to create mayhem throughout America by defeating the omnibus funding bill to keep our government open.

He failed to derail the proposal in the House and says he and others of his ilk [about 10] will now go after any senator who votes to keep the bill alive and avoid cratering America’s economy and the world’s as well.

Roy and his pals are a part of the so-called Freedom Caucus which actually means they like the freedom to throw everybody under the bus to insure passage of their tiny group’s view of what should become the law of the land.

This behavior is getting old, having been used time after time since the days of Newt Gingrich back in the early 1990s. Roy and his fellow “patriots” wrap themselves in our flag, declare government is too big, too intrusive and too insensitive to the real needs of real Americans.

So let’s take a quick look:

What Congressman Roy really means is the same thing Lenin meant when he supported the riots in Red Square over 100 years ago, which saw the death of hundreds of just plain citizens while Lenin himself was safely up in the stands.

From that perch, or an even safer one back in nowadays Germany, Lenin demanded of real people in the arena to risk their lives for a different and perhaps even worse form of government he advocated as the replacement for the yoke of oligarchy.

Some will say my comparison of Lenin and Roy should have ended with just their remarkable physical similarities. Perhaps. But after the Jan. 6, 2021 attack on our Capitol, I think it is irresponsible to not examine the words, actions and deeds of deceased revolutionaries and those still roaming the halls of Congress.

Chip Roy was but one of over 165 Republican congressional representatives who ignored the vote of the people to seat Joe Biden and chose instead to dismiss the election laws of our country in order to pursue the narrow interests and goals of a political party.

That’s what Lenin did over 100 years ago and it is what Roy replicated nearly two years ago. Lenin succeeded but Roy failed … so far.