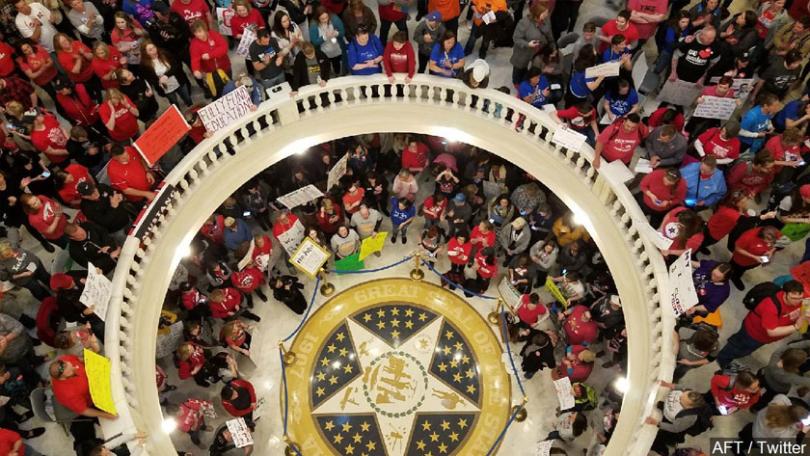 The Oklahoma State Capitol is an impressive building. It was when it was constructed just over a century ago and it still remains that way.

One of my most prized family heirlooms is an old three-inch by five-inch negative of a photograph of the Capitol that was taken by my great-grandmother, Ethel Kindblade Horton, around the time that it was completed. The photograph has special significance because of what was going on in the life of Ethel when took the photograph.

Ethel was born during the War of the Rebellion in Iowa Territory and as a young girl had homesteaded in Kansas Territory with her parents. She was a pioneer schoolteacher and when land became available in Oklahoma Territory she and her husband settled in what is now western Caddo County in 1901.

Ethel, like her mother before her, preserved her memories for future generations. In their journals our family has been given first-hand, personal accounts of the hardships and trials of living in unsettled territories. Ethel and her husband Ed did their best to provide opportunities for their children. With a strong civic responsibility, they gave endlessly of their time and resources for things like schools and roads and church construction for community betterment.

When their oldest son, Harry, reached college age, he was sent back to Kansas to obtain a degree. Tragically, an accident claimed the life of Harry while at college. Ethel, like any mother would be, was devastated and it was against this backdrop that Ethel sought the pursuit of art and photography and a myriad of other distractions to occupy her mind. She never healed but she persevered.

Therefore, while the photograph of a new state’s Capitol is historic, the fact that its existence was born out of a woman’s anguish, despair and personal loss makes it more precious to me and my family.

While our lives overlapped by a mere six years, Ethel Kindblade Horton’s existence has made a profound impact on mine and I realize how blessed I have been to be of her stock and to share her pride in a remarkable state that is truly of the people.

Ethel was an enlightened pioneer and I wholeheartedly believe that when she photographed this building, sitting alone on the prairie, she did so with full awareness that it would serve generations of Oklahomans and that it would truly serve as the People’s House well into its second century.

I believe that she would have envisioned teachers and parents and students march to this building and crowd into its halls and demand that education be prioritized.