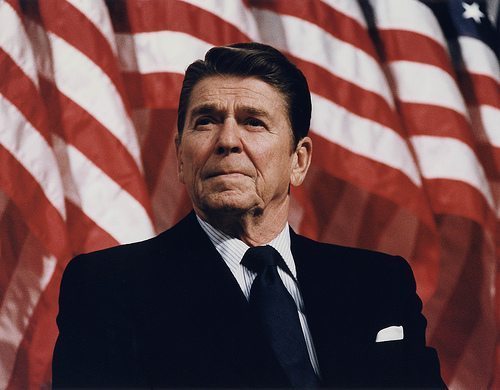 The Unvarnished Truth About Ronald Reagan 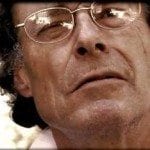 The Reagan cult celebrates the centenary of its idol’s birth this month, and the airwaves have been tumid with homage to the 38th president, who held office for two terms – 1981-1989 – and who died in 2004. The script of the recurring tributes is unchanging: With his straightforward, sunny disposition and aw-shucks can-do style, the manly Reagan gave America back its confidence.

In less flattering terms, he and his PR crew catered expertly to the demands of the American national fantasy: that homely common sense could return America to the vigor of its youth and the economy of the 1950s.

When the former Hollywood actor took over the Oval Office at the age of 69, whatever powers of concentration he might have once had were already failing. The Joint Chiefs of Staff mounted their traditional show-and-tell briefings for him, replete with simple charts and a senior general explicating them in simple terms. Reagan found these briefings way too complicated and dozed off.

The joint chiefs then set up a secret unit, staffed by cartoonists. The balance of forces were set forth in easily accessible caricature, with Soviet missiles the size of upended zeppelins, pulsing on their launchpads, while the miniscule U.S. ICBMs shriveled in their bunkers. Little cartoon bubbles would contain the points the joint chiefs wanted to hammer into Reagan’s brain, most of them to the effect that “we need more money.” The president really enjoyed the shows and sometimes even asked for repeats.

Reagan had abolished any tiresome division of the world into fact or fiction in the early 1940s when his studio’s PR department turned him into a war hero, courtesy of his labors in “Fort Wacky” in Culver City, CA, where they made training films.

The fanzines disclosed the loneliness of RR’s first wife, Jane Wyman, her absent man [a few miles away in Fort Wacky, home by suppertime] and her knowledge of her husband’s hatred of the foe.

“She’d seen Ronnie’s sick face,” Modern Screen reported in 1942, “bent over a picture of the small, swollen bodies of children starved to death in Poland. ‘This,’ said the war-hating Reagan between set lips, ‘would make it a pleasure to kill.'”

A photographer for Modern Screen recalled later that, unlike some stars who were reluctant to offer themselves to his lens in “hero’s” garb, Reagan insisted on being photographed on his front step in full uniform, kissing his wife goodbye.

The problem for the press was that Reagan didn’t really care that he’d been caught out with another set of phony statistics or a bogus anecdote. Truth, for him, was what he happened to be saying at the time.

When the Iran/Contra scandal broke, he held a press conference in which he said to Helen Thomas of UPI, “I want to get to the bottom of this and find out all that has happened. And so far, I’ve told you all that I know and, you know, the truth of the matter is, for quite some time, all that you knew was what I’d told you.”

His mind was a wastebasket of old clippings from Popular Science, sci-fi magazines [the origin of “Star Wars” aka the Strategic Defense Initiative], lines from movies and homely saws from the Reader’s Digest and the Sunday supplements.

Like his wife Nancy, he had a stout belief in astrology, the stars being the twinkling penumbra of his incandescent belief in the “free market,” with whose motions it was blasphemous to tamper. He believed Armageddon was right around the corner. He also believed tomato ketchup could be classified as a school meal, striking back at the nose-candy crowd who, as Steve Earle once said, spent the ’70s trying to get cocaine classified as a vegetable.

Hearing all the cozy talk about the Gipper, young people spared the experience of his awful sojourn in office probably imagine him as a kindly, avuncular figure. Not so. He was a callous man, with a breezy indifference to suffering and the consequences of his decisions. This indifference was so profound that Dante would surely have consigned him to one of the lowest circles of hell, to roast for all eternity in front of a TV set on the blink and a dinner tray swinging out of reach like the elusive fruits that tortured Tantalus.

It was startling, back in 2004 when he died, to see the lines of people sweating under a hot sun waiting to see Reagan’s casket. How could any of them take the dreadful old faker seriously? The nearest thing to it I can think of is the hysteria over Princess Di.

The explosion of the Challenger space shuttle on Jan. 28, 1986 prompted one of the peak kitsch moments in a presidency that was kitsch from start to finish. Reagan ended his address to the nation thus: “We will never forget them, nor the last time we saw them, this morning, as they prepared for their journey and waved goodbye and ‘slipped the surly bonds of earth’ to ‘touch the face of God.'”

In fact, it was the White House that had doomed Christa McAuliffe and her companions to be burned alive in the plummeting Challenger.

The news event required the Challenger to go into orbit and be flying over Congress while Reagan was delivering his State of the Union address. He was to tilt his head upward and, presumably gazing through the long-distance half of his spectacles [one lens was close-up, for speech reading], send a presidential greeting to the astronauts. But this schedule required an early morning launch from Cape Canaveral. Despite the cold January conditions, servile NASA officials ordered the Challenger aloft, with the frozen O-ring fatally compromised.

Reagan dozed through much of his second term, his day easing forward through a forgiving schedule of morning nap, afternoon snooze, TV supper and early bed. He couldn’t recall the names of many of his aides, even of his dog.

Stories occasionally swirled around Washington that his aides pondered from time to time whether to invoke the 25th Amendment [permitting involuntary removal of the chief executive if he is unable to discharge his duties]. Earlier this month, his sons disagreed whether or not his Alzheimer’s began when he was president. “Normalcy” and senile dementia were hard to distinguish. The official onset was six years after he left Washington, DC.

As an orator or “communicator,” he was terrible, with one turgid cliche following another, delivered in a folksy drone. His range of rhetorical artifice was terribly limited. The press flattered him endlessly and vastly exaggerated his popularity and his achievements, starting with the nonsense that he “ended the Cold War.” He did nothing of the sort, the Soviet Union’s sclerosed economy having doomed it long before Reagan became president.

He lavished money on the rich and the Pentagon. The tendencies he presided over were probably inevitable, given the balance of political forces after the postwar boom hit the ceiling in the late 1960s. Then it was a matter of triage, as the rich made haste to consolidate their position. It was a straight line from Reagan’s crude attacks on welfare queens to Clinton’s compassionate chewings of the lip [same head wag as RR’s] as he swore to “end welfare as we know it.”

As a PR man, it was Reagan’s role to reassure the wealthy and the privileged that not only might but right was on their side, and that government, in whatever professed role, was utterly malign.

– Alexander Cockburn is co-editor with Jeffrey St. Clair of the muckraking newsletter CounterPunch. He is also co-author of the new book Dime’s Worth of Difference: Beyond the Lesser of Two Evils, available through www.counterpunch.com.

BY FROMA HARROP Many on the right insist that California's tough environmental rules are strangling its businesses. Evidence to the contrary emerged last week in...
Read more
News

BY SHARON MARTIN The state legislator stared straight into the television camera and said that we don’t calculate teacher pay honestly. He suggested that teachers...
Read more
News

Tips For A Safe Halloween

BY JOE DORMAN With Halloween approaching, everyone has to be on the watch for ghouls and goblins. That does not mean to be fearful, but to...
Read more