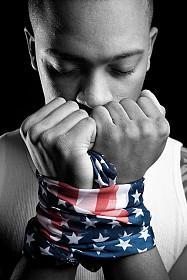 There They Go Again

To most of us John Edwards was always a likable fellow. To some of us it seemed he had a message of empathy for those in our society unrepresented in politics and ignored by government. He was a handsome guy, impeccably groomed, no doubt contributing to his downfall. He spoke well, and he had a nice smile.

John Edwards was a family man. Having lost a son, tragedy haunted the family in the form of Elizabeth’s breast cancer. Yet through all this they gave the impression of a family united strongly against adversity, and driven to accomplishments for the public good. He had been picked as his party’s candidate for vice-president earlier, and he made a third place run for the nomination for president.

Then everything went awry. Edwards’ candidacy did not flourish in competition with the Clinton versus Obama war for the party’s spot. There was the resurgence of the cancer, and then the $400 haircut hit the media. The guillotine dropped with the emergence of the affair with a campaign media contractor, the existence of illegitimate progeny of that affair, and followed by all the cover-up attempts.

Down went John Edwards! His hypocritical behavior translated to despicable behavior, even for many of those who had been friendly toward him. Edwards correctly assesses his conduct: “What I did was wrong.” Everybody agrees.

So, he paid the price. His political future went down the tube. He lost his family at bad time. Elizabeth died. His name is mud. What more could happen to a prideful man like him, with high ambitions for his life? He had brought ruin upon himself and travail on those closest to him. He had been relegated to a reduced and tarnished stature, from which he would not be likely to rise again. What more?

Well, there are always those who are willing to kick the guy who is down. That appears to be more consistently true in politics than in life.

Now, three years later, after passing up on the prosecution of illegal conduct in the previous administration on such matters as obstruction of justice by Rove’s White House, outing of secret CIA staff, fostering prosecution of petty issues with opposing party candidates, and political manipulating of district attorney personnel to that end – this comes up. After clear violation of international law and our own treaties by criminal torture of prisoners and “rendition” of kidnapped suspects to foreign lands for torture, faking and lying to Congress and the country to provoke the Iraq War – despite passing politely on all these, we suddenly decide to make a federal case against John Edwards on shaky grounds of misusing “campaign funds” to cover up and to shelter his mistress.

It seems that our values a bit crossed. This guy has had enough. It is not necessary to go to the extremes that have been done to try to make a legal case against him.

Why would the “Obama administration” do this?

As it turns out, it is not Obama’s people who are pressing this case. The justice department prosecutor in North Carolina is a former conservative senator’s staff member appointed as an U. S. Attorney by Bush. Because the litigation department administrator is a Democrat and Edwards’ own attorney was once in the Obama White House, there has been a reluctance to invite charges of “political interference” in what appears to be a political vendetta against Edwards.

So then, it’s a “hands off” policy for this partisan prosecutor.

Next, it turns out that the money for taking care of Edwards’ mistress did NOT come from campaign donations, but instead personal gifts made by a willing heiress through different channels for that purpose. So, first these other gifts had to be declared campaign donations, opposite statements made by the donor. After these were so declared to be campaign gifts, contrary to past legal precedent, then that made them illegal to be used for the purposes given – besides over limits.

All this involves a legal stretch which is severely questioned by most non-partisan legal authorities. “This interpretation has never been made before in similar legal situations,” says a mainstream television legal consultant. That gives the prosecutor’s case against Edwards all the appearances of being “selective prosecution” – thus a violation of law itself.

But, there they go again. It appears again that there is a Republican attempt to misuse and abuse the legal justice system for partisan political motives. John Edwards may deserve public defamation for his conduct, but he does not deserve a kangaroo legal prosecution and jail sentence for it.