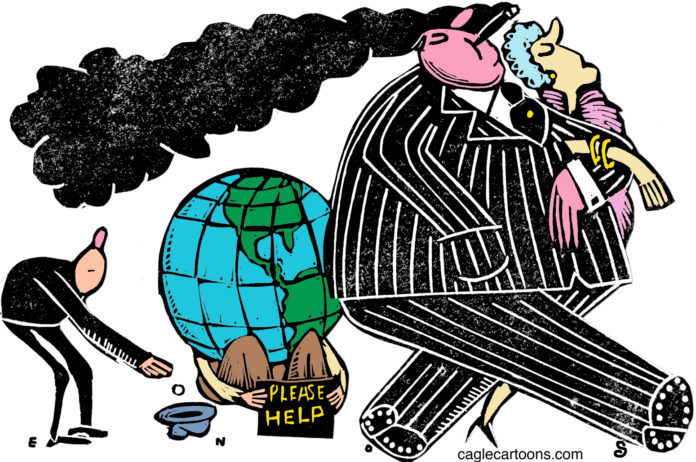 This Week In Politics

Immigration is always on the minds of the haters. They loathe President Obama, hate Muslims and atheists, and detest poor folk and brown folk. Their biggest fear is immigrants, however, and with good reason. It was their immigrant ancestors, after all, who stole this country fair and square from the original inhabitants.

In Oklahoma, hate is the flavor of the week. Rep. Sally Kern hates gay people. She even wants to hurt straight people who don’t hate gay people as much as she does. She invokes the words judicial tyranny and constitutional in the same breath as she proposes to steal the pensions of public servants who refuse to be as hateful as she is.

Gov. Mary Fallin and her cronies will absolutely not revisit their ill-conceived tax cuts. The governor has little regard for poor people, especially those who do the grunt labor that make her buddies rich. She’ll do anything to keep them down, including driving into bankruptcy the rural hospitals on which they depend; mandating against any increase in minimum wage; and starving the schools that are their one, best hope.

Wisconsin Gov. Scott Walker wants to be president, and he introduced a bill to show us just what kind of president he’ll be. He wants to deny hospital visitation rights to same-sex couples. Denying aid and comfort to the sick and dying? Does he propose to bring meanness back to the White House? Will this help him get elected?

The Black Robed Regiment wants to turn history into a religion class. Rep. Dan Fisher, one of their members, attempts to rewrite American History as he complains about the College Board rewriting American history. His move would call all AP classes into question.

As justification, Fisher invokes American exceptionalism. While that term has a rather cloudy beginning, to assume that the humans in one country are somehow better than the humans in another is dangerous. Slave owners thought they were superior to slaves. Indian fighters and even well meaning missionaries thought they were superior to Indians. Too many Christians think they have the only path to God.

The one thing that should be on the minds of Oklahomans this week is the difficulties that tax cuts have gotten us into. All else is meanness, hate, and distraction, but we don’t dare ignore it.

Greed got us into this mess. Greed used to be considered one of the deadly sins. Now, we elect it to office or give it a humanitarian award.