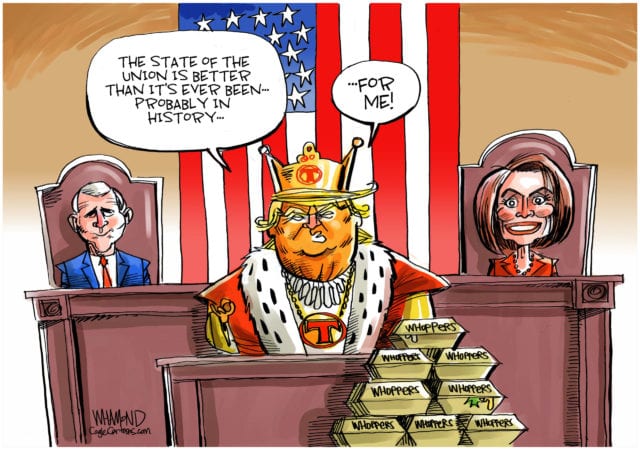 Unite Or Lose The Republic

It pains me greatly to say this, but it is very likely that unless we see the greatest political mobilization in U.S. history, Donald Trump will win the United States presidency again this year. The Republican Party is his party now, and there will be no accountability between now and the election when Trump attempts to lie and cheat his way to a second term.

The support of Trump’s base has hardened to such an extent that their enthusiasm will be extremely high. Republican presidents have often given lip service to the desires of the party’s nationalist and theocratic base, but President Trump has actually done what previous Republican presidents only talked about – rejecting immigrants and refugees even to the point of actively separating thousands of children from their families, scapegoating Muslims and discriminating against them in practice and policy, favoring Christianity over other religious expressions, and moving systematically towards the banning of all abortions no matter what the reason.

When the Democratic primaries are over, those who understand the threat that Trump poses must come together like never before. This is it – our last chance.

The urgency of the climate crisis and the rise of nationalism around the world call for comprehensive action right now. A second Trump term slams shut our last window of opportunity to address the climate crisis. We don’t even want to think about the unthinkable suffering this will continue to create in our earth community. At the moment, we are not responding with the unity and urgency needed to address this most pressing existential threat facing our republic and the earth as a whole.

In addition to Trump wanting his family to remain at the highest pinnacle of power and thereby furthering Trump’s legacy, a 2020 win by DJT followed by a 2024 win by DJT Jr. is likely the only way DJT avoids prison time, and he will do anything to avoid this.

Trump’s first term was deadly for refugees and immigrants, a deep threat to women’s autonomy, a significant diminishment of rights for persons who are LGBTQIA+, a time of experiencing scapegoating and deep discrimination for persons who are Muslim, a disaster for the climate and the environment as a whole, a threat to the health and safety of the most vulnerable, and a test to see how far Trump could take his presidential authority [the Senate trial provided us with the answer – as far as he wants].

As bad as the first Trump term has been, a second term will be exponentially worse and could make it nearly impossible to maintain anything close to a democratic republic.

This is a warning. We will be a theocratic fascist state barreling the planet towards climate chaos if Trump wins this November.

The only way to keep this from happening? – the greatest political mobilization in U.S. history. Democrats, progressive and moderate Independents, and moderate Republicans unite or Lose the Republic!