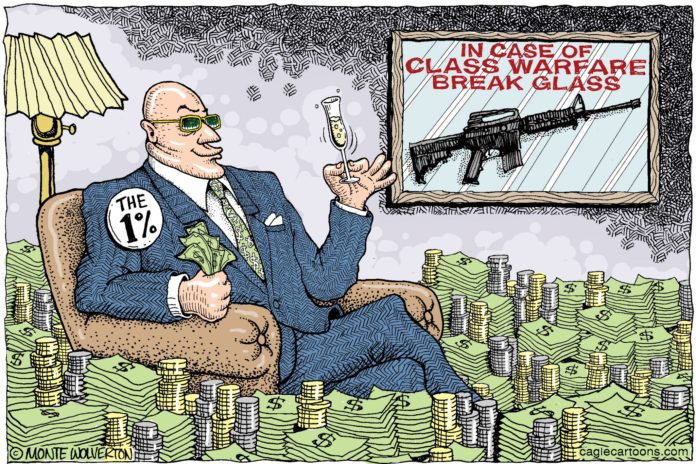 What’s it all about, Alfie?

The movie by that name was an interesting look into the life and troubles of a “playboy.”

What we are about today is way more serious than some Hollywood fantasy – it is about real people and real issues.

We are at a crossroads. One road makes a U-Turn and heads toward the past in an attempt to resurrect and breathe life into the policies long since shown to have failed. The other road stretches out before us, headed toward what can only be called uncertain times but allowing forward movement. It is a path that must be carefully charted and persistently developed.

The struggles of our time go beyond partisan ideological posturing. The road must not be littered with the corpses of disagreement and petty bickering. This is a fight of the people, for the people, by the people. It comes down to the contrarian position that we are the ones who have lost our voice. It is not for the Corporatists to have the voice in Governance. It is rather We The People that must take back what has been stolen from us under the guise of Corporate Personhood.

Class warfare is only as real as the People make it. Coalescing as a single voice we have the power to divest the Corporatists of the ill-gained position they currently hold. This is not a Patriarchy or a Monarchy – rather it is We The People governing for The People and it happens by The People.

Today we experience the power of wealth. Oklahoma is not a state governed by a representative government. Today Oklahoma is ruled by a majority of one party. It is what has been called “a tyranny of the majority.” Alexis de Tocqueville observed American society and government and wrote:

“In America the majority raises formidable barriers around the liberty of opinion; within these barriers an author may write what he pleases, but woe to him if he goes beyond them … Before making public his opinions he thought he had sympathizers; now it seems to him that he has none any more since he has revealed himself to everyone; then those who blame him criticize loudly and those who think as he does keep quiet and move away without courage. He yields at length, overcome by the daily effort which he has to make, and subsides into silence, as if he felt remorse for having spoken the truth.”

Tocqueville correctly described the Democratic process and the “rule of the majority” but he also correctly identified the demon within that process. By nature a segment of those governed are set aside while the majority has its way. That is, in another parlance, a no-win or win-lose situation.

If, however, the constituency of the entire state or nation were to gather together and collectively exercise the real power that has made this nation great – the power of the Citizen – We The People – Made In The US of A commitment to once again having a voice and role in our governance – the “tyranny of the majority” can be deposed and the throne of wealth destroyed.

The place where We The People need to move toward is where wealth, once again contributes to society. Where the very wealthiest among us take responsibility for and acknowledge that it is because they live and function within a free society; that they are bound ethically and morally to look for ways to contribute and assist in building up the nation. The People should not expect less than fair and just sharing in the process of governance. The People must not passively or tacitly accept the status quo any longer.

One of the gifts of the Occupy movement is that it is not pushing any particular idea other than that we are all, each and every one of us, members of the 99%. It matters not what political persuasion you like, it matters not what ethnic demographic you belong to, it matters not what gender you happen to be or what gender preference you find meaning in. What matters is that you, me, and every other person who is now employed, working at the task of bettering one’s life, or unemployed wanting to be in the position of being able to better themselves, or retired from spending years working in the employment of someone else and now trying to make ends meet within the social assistance programs that are available, homeowner or homeless, able bodied or disabled, religious or non-religious, what matters is that we recognize the necessity to reclaim our personal dignity and voice.

Stop and think: when was the last time you genuinely felt anyone in government – local, state or national – cared whether you took another breath? When was the last time anyone took the time to sit with you and listen to your concerns? When was it? Yesterday? Last week? Perhaps, last month? Maybe during the last election cycle? When? I suspect that unless you are among the wealthiest or are in corporation or have direct connection through special interest privilege – you have not been in the past nor can you expect to be in the future asked what you think or what you need.

It is about We The People gathering and voicing our concerns and desires. It isn’t about partisan politics – that is what has separated us, the people for whom government exists, and taken away out power.

It is about moving as a concerted force into the place where governance abides and taking back the control and the voice that has been cleverly stolen away from us.

If partisanship must exist, let it exist with the voice coming from the people not from only 1% of the people.

– Don Nelson lives in Lawton, OK and is an occasional contributor to The Oklahoma Observer