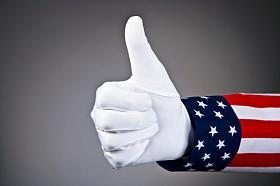 I caught a lot of flak in 2002 when I spoke out against the invasion of Iraq. I may have been wrong about the outcome; they might eke out a democracy yet. But at what cost?

We spent thousands of lives and limbs and a trillion dollars, money we’re now scrambling to save by slashing programs that benefit the taxpayers and even the soldiers who served.

I still think the decision to invade was immoral, but my taxes helped fund that war. I don’t mind paying taxes, but we should have a voice in how our money’s spent. Voting for our representatives should give us that voice, but my senators and congressman are not listening to me.

That got me to thinking, what if we had an IRS checklist?

With all the tax credits and hidden fees it would run like 10,000 pages. Definitely not practical! But what if?

My own good-for-the-people checklist starts with one main idea: healthy, well-educated folks can make it on their own in the world.

In this land that promises equal opportunity, Head Start would be open to every three- and four-year old. College would be available for those who are willing to put in the work. Perhaps we could pay for four years of college for four years of service, civil or military.

Career Tech, modeled on Oklahoma’s program, would be available to any student who met the attendance/behavior/work criteria. I’d fund Reading Is Fundamental and the National Writing Project, education programs with a track record of success.

Every citizen would have access to health insurance and preventive care. We could see the doctors of our choice. The government would negotiate prices with the drug companies so we could afford our meds. Better yet, we could support research so that the resulting products were in the public domain.

I’d fund state and federal campaigns so the peoples’ voices could be heard. I would ban huge contributions by lobbyists and corporations, including those that I support.

Our National Guard would be fully funded, and our policemen and firemen and teachers wouldn’t have to worry about their pensions being taken to fund some politician’s pet project. I would not support the invasion of any country who didn’t invade us or an ally.

What do you want from this government of the people, by the people, and for the people? It’s your country. It’s your money. What would be on your checklist?