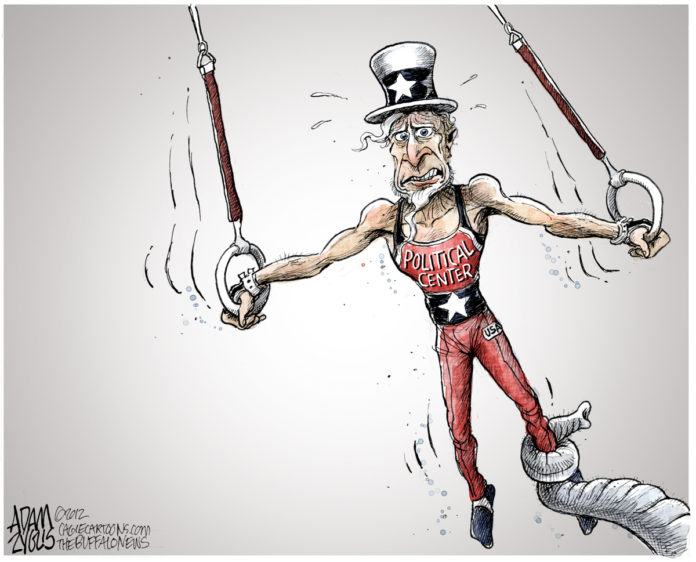 What The Republican Revolution Wrought

Editor’s Note: In the first of two parts, former longtime state Rep. Russ Roach offers his assessment of the two major political parties on the eve of the 2012 general election. This installment focuses on Republicans.

Over the last 10 to 15 years the political landscape has turned decidedly Republican in Oklahoma. Winning party faithful will crow about superiority of ideas if not numbers while Democrats will moan excuses in their beer.

This is an effort to highlight some political themes from in-the-trenches observations.

The Democratic message is muddled but the Republicans are against taxes, yesterday, today and tomorrow. As a result, budget and debt deals are virtually impossible since even taking away lucrative tax deductions and tax credits for a few results in higher taxes for those select few. Debt is bad, but tax reform to pay debt is even worse.

PURGE THE TIMID OR UNBELIEVERS

The last pro-choice Republican officeholder lost in a primary in the late 1970s. Lately, “Tea Party” true believers defeated respected conservative Republicans Bennett of Utah and Lugar of Indiana. In Tulsa, we have local party officials “censoring” county commissioners over the sin of submitting a tax extension to the voters. Most Republicans are more scared of primary opponents than of Democrats.

One prominent Republican officeholder once told me, “most of us really don’t care about abortion, we just have to act like we do.” Not any more. Only believers are accepted. The positions have become more strident and the official pro-life position of opposition to abortion, even in cases of rape or incest, gets national light by the revealing words of Senate candidate Akin. At this date, that same position is in the Republican Platform.

STRANGE MARRIAGE OF FUNDAMENTALISTS AND CATHOLICS

In 1960, the more right religious churches in Oklahoma railed against John Kennedy for being Catholic. Abortion has changed that. Now Republican Catholics are welcomed if not championed. The Catholic hierarchy has subdued their work for issues of immigration reform and social justice, both of which are adamantly opposed by their new “friends,” as they relish in their newfound acceptance. Making sure they can use government to ensure non-Catholics adhere to Catholic doctrine on birth control and abortion has won out. Make no mistake; any coalition is powerful if it has a single and simple purpose.

TAKING ADVANTAGE OF THE NEGATIVE

Oklahomans have often showed a pessimistic and negative attitude, particularly to those from the east, Wall Street, banks, and the government. The double indignity of the Dust Bowl and the Depression was made worse when the Grapes of Wrath resulted in a longstanding national mislabeling and misunderstanding of our state. It hurt our feelings and heightened our insular nature.

As a result, Republicans seek office so they can be a part of the government they hate. Hate so much that they are opposed to tax dollars coming back to Oklahoma for health care, police, teachers, and highway construction, but still accept most payments. They think the federal government in running and ruining our life but seek aid to rebuild that life from the destruction of fires, floods, and tornados. We hate you; just give us the dang check.

AGAINST ALL THINGS OBAMA

Republicans have opposed any and all things Obama. In politics you make compromises with those who will vote for your program. Refuse to compromise and you do not get to participate.

In the stimulus package and on health care, Republicans wrote themselves out of the end package by absolute and total opposition. The end result is Republicans failed to make any contribution and Democrats cynically adopted previous Republican bills/positions such as mandated insurance coverage. Thus, we now have a national version of RomneyCare, which the candidate/party does contortions to oppose.

Similarly, Obama gets called a socialist when he implemented the Bush-Republican passed bill to invest in GM/Chrysler and to loan Wall Street business-saving loans. Almost all has been repaid and all are still in private ownership; so much for socialism.

All politicians are inherently inconsistent and often illogical. However, it takes a special ability to criticize Obama for the Christian church he regularly attended and then turn around and call him a Muslim.

Yet, Republican blogs and right-wing email chain letters regularly spread that message among the faithful. Hence we have the hushed and coded messages to “take our country back.” The laws of nature and biology also get dismissed when people confuse conception in a fertility clinic dish with pregnancy, and rape with the word “legitimate.”

The EPA gets demonized for implementing the laws of Congress and for saving hundreds of thousand from toxic dioxins, mercury, coal dust, lead paint and a long list of things that regularly poisoned and killed our ancestors.

Logic and fact always have been the enemy of a good joke or of a rigid political position. Again, simplistic messages work in Oklahoma.

In politics, when you win you have a natural tendency to keep doing the same thing. The above themes are going to continue for a while. It will take a major event or smarter Democrats to change it. My money is on a major event. I’m not counting on the latter.

– The author served 16 years in the Oklahoma House representing Tulsa and Sand Springs. He is an adjunct professor at Tulsa Community College, teaching geography and political science.