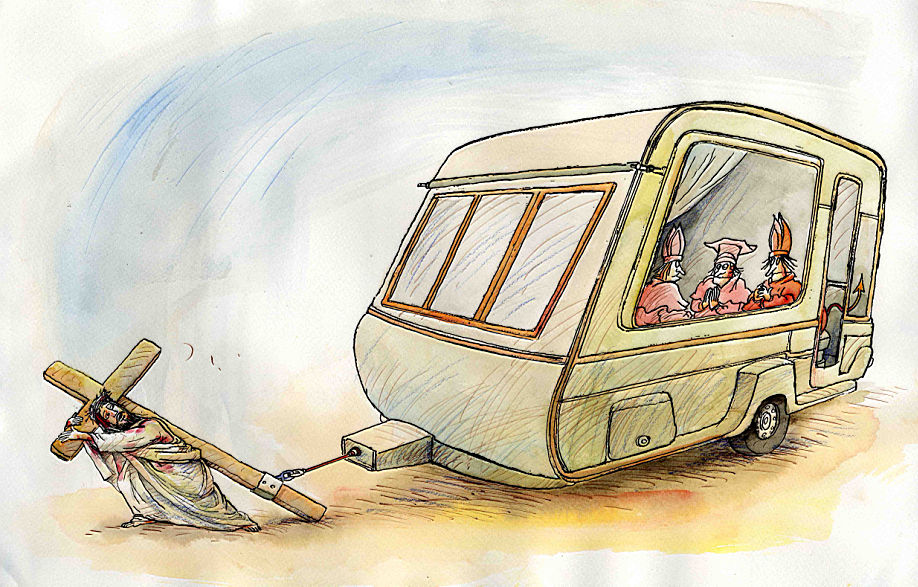 What’s In A Name?

What’s in a name? The word “Christian” has lost almost all of its positive meaning for me.

After this horrific history, it should come as no surprise that so many persons who identify as “Christian” have given themselves to movements that oppress women, persons who are LGBTQIA+, people of color, Muslims, immigrants, and refugees.

It should come as no surprise that so many persons who call themselves “Christian” would reject their LGBTQIA+ sons, daughters, and non-binary children and drive them to despair and homelessness.

It should come as no surprise that so many persons who call themselves “Christian” would justify putting immigrant and refugee children in cages, tearing families apart, refusing immigrants and refugees basic hygiene and medical care, and sending immigrants on special medical visas home to their deaths.

It should come as no surprise, that so many persons who call themselves “Christians” glorify war and violence and have hardened their hearts to the poor and most vulnerable among us.

It should come as no surprise that so many persons who call themselves “Christian” support an openly racist, misogynist, xenophobic, narcissistic, lying sociopath as their “chosen” leader to enforce their white nationalist vision for America.

What’s in a name? When it comes to the word “Christian,” apparently not much. Give me a decent, kind, loving, compassionate human being over what has passed as “Christian” for far too long. Give me the way of Jesus and keep the name “Christian.” It has lost its ability to convey the goodness it was meant to possess because of the cruelty and evil practiced for centuries in its name.