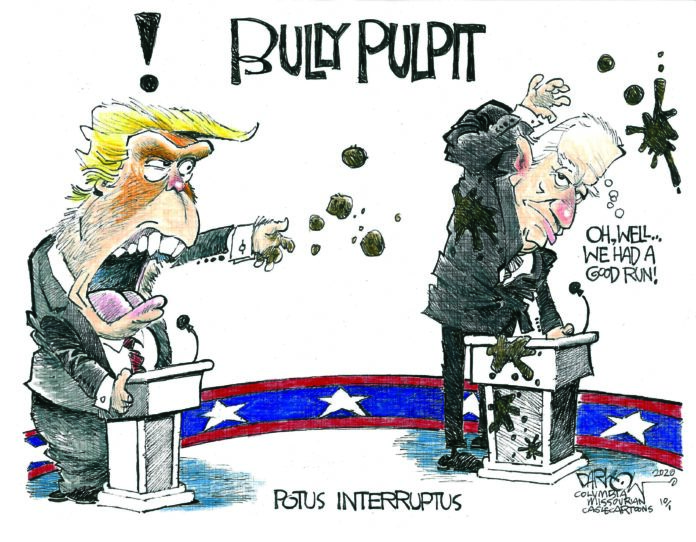 It was a damning moment in a debate full of damnable moments. Vice President Biden was talking about respect for the military and about his son, Beau, who died of cancer at the age of 46. Beau Biden was a decorated veteran of the Iraq War and, later, attorney general of Delaware.

“Are you talking about Hunter?” the president asked.

Who knows whether it was a callous statement aimed at rattling the former vice president or dementia? Maybe he’s so out of touch with what’s going on around him that he didn’t know Biden had another son. For whatever reason, I recognized the look on Biden’s face.

My grandparents lost their firstborn son in the Battle of the Bulge.

That moment showed the president’s disregard for anyone but himself.

It also showed his inability to hold any facts in his head but those on which he is fixated: his rallying cry of law and order, his paranoia about mail-in ballots, and Hunter Biden.

Pay attention to what holds his attention. Whatever he accuses someone of doing should raise red flags. If he is concerned about corruption, it’s because he’s afraid his corruption will be noticed. It has been.

If he’s afraid Democrats are going to cheat to win the election, it’s because his administration’s efforts to suppress voting rights is apparent.

His cries of law and order are just irony, or perversion. He only understands lawlessness and chaos. He’s the one inciting riots.

Don’t believe me? Perhaps you’ll believe the Proud Boys, who took his call to “Stand Back and Stand By” as a rallying cry.