Why Global Warming Is Real and What We Can Do About It.

“You can’t fool physics!” So said my physics teacher many years ago. Let’s use this principle to test global warming ideas.

Before we get started, thank you for returning for another episode of the science and politics of global warming.

Last time [http://tinyurl.com/26cn4gj or, for more details, http://tinyurl.com/yfoyoa9], we learned that global warming is largely caused by heat added from human industry since the 1800s. At least we claimed that was the case.

Specifically we learned that heat added from nuclear, coal, oil and natural gas use must mostly stay on Earth and cause global warming. The principle is correct and irrefutable [first law of thermodynamics]. In fact climate scientists have often considered this possibility and then dismissed it.

Why did they dismiss it?

Because they claimed that the amount of heat produced by human industry is too small to matter. They have repeatedly pointed out that the greenhouse gas effect is far more potent than the effect of direct addition of heat. Greenhouse gases, such as water vapor, carbon dioxide [CO2], methane, and others, act by a blanket effect. They hold in the heat by reflecting back towards Earth some of the heat that Earth radiates back into outer space that it had received from the Sun. The Russian climatologist, Budyko, reported in 1962 that heat added from human industry was, at the time, a negligible factor in global warming, and this remains the near universal viewpoint.

However, in the 1970s, visionaries Isaac Asimov and Nicholas Georgescu-Roegen warned that heat from human industry would make global warming a serious problem.

And in the past decade, several investigators from different countries and differing scientific specialties have made estimates and calculations at odds with this, showing that much, most, or all of global warming is due to heat from human industry.* These estimates are substantially in agreement.

Nordell, a Swedish professor of environmental engineering, and his coworker, Gervet, estimate that 74% of the 0.7 degree C (Centigrade) = 0.5 degree C (0.9 degree F [Fahrenheit]) increase in Earth temperature is due to human-industry-added heat.

Chaisson, an American professor of physics, astronomy, and education, estimates 0.3 degree C (about 0.5 degree F) increase in the past century, but that this will be far greater in the near- and medium-term future and beyond, e.g. 3 degrees C (a whopping 5.4 degrees F) over the next 280 years, as the population total and the use of energy per person are both expected to increase.

Nickolaenko, a Ukrainian professor specializing in radio physics and electronics, estimates 1.1 degree C (about 2 degrees F) over the past century, more than the 0.7 degree C actual estimate of total global warming.

These are considered close results because the data are not exact and their methods are slightly different.

Their calculations are based strictly upon the following:

1) the estimated energy coming in from sunlight;

3) the estimated near surface Earth temperature now and in the late 1800s;

They did not use greenhouse gas data at any point in their calculations, nor refer to any such data in any way.

I reviewed their work in great detail, and repeatedly, in particular their methods and calculations and found no serious errors. In fact, I read Nickolaenko’s very short, simple and elegant mathematical calculations over and over, particularly paragraph 13. Simple enough even for the mathematically challenged, with a little persistence.

I was perfectly amazed. No getting around it.

Well, both sides cannot be right.

Here is what it is.

We must always remember that the heat stays here once we burn the hydrocarbon [coal, oil, natural gas] or transmute [change] the Uranium. It sticks. It is cumulative.

The addition each day is tiny but it builds up, because we have additional heat today, plus yesterday’s heat, and that of the day before that, and from all the yesterdays going back to the beginning of the industrial revolution, about 45,000 yesterdays in all, each one a tiny bit bigger than the one before, due to increased industrial production [due to continually more people and more industrial machinery].

Enough also to provide confirming proof of global warming, physical evidence for which has been noted by thousands of observers around the world.

Nordell and Gervet, Chaisson, and Nickolaenko are correct. This characteristic of building up, cumulativeness, addition is embedded in the mathematical formulas used in their calculations.

Try as we might, we can not perceive this change physically at all. Think of how well we can note momentary changes in warmth and light during the day, as well as the daily cycle from hot to cold, light to dark, and back.

Where did the climate scientists go wrong in underestimating the role of direct heat pollution?

They compared the Sun’s immediate energy input and the immediate very tiny input of human industry. They neglected to include all those yesterdays, whose tiny extra heat is still here. [See figure below.] They literally persist in this mistake until now: http://tinyurl.com/27lbhuq.

Yet every day, consciously or not, we must deal with the ebb and flow of the Sun’s immediate radiance, with which our Earth is in near balance, and our acquired industrial legacy of extra heat, which is steadily rising and with which our Earth is not in balance. When we turn the switch off of the heat-adding industries, the temperature will slowly drift back down to essentially where it was before.

We still have much more to learn, not least about the role of greenhouse gases. Unfortunately, this has been politicized by people with suspect actions and motives on both sides of the scientific question of CO2 and other greenhouse gases. This is a stalemate.

Now the question is: “What is the way out of this stalemate?”

Free the data. Put it all on the internet. We 7 billion have paid for climate change research through taxes; we are affected and greatly harmed by global warming; we are entitled to the data and discovering for ourselves what is actually going on with greenhouse gases.

The real question is: “How do we make this happen – the complete and transparent posting and working through of the data by, for and to the satisfaction of all parties?”

Above all, we must switch to non-heat-adding energy sources: solar and solar-derived [wind, wave, etc.].

– Morton S. Skorodin, M.D., lives in Stillwater, OK and is a regular contributor to The Oklahoma Observer 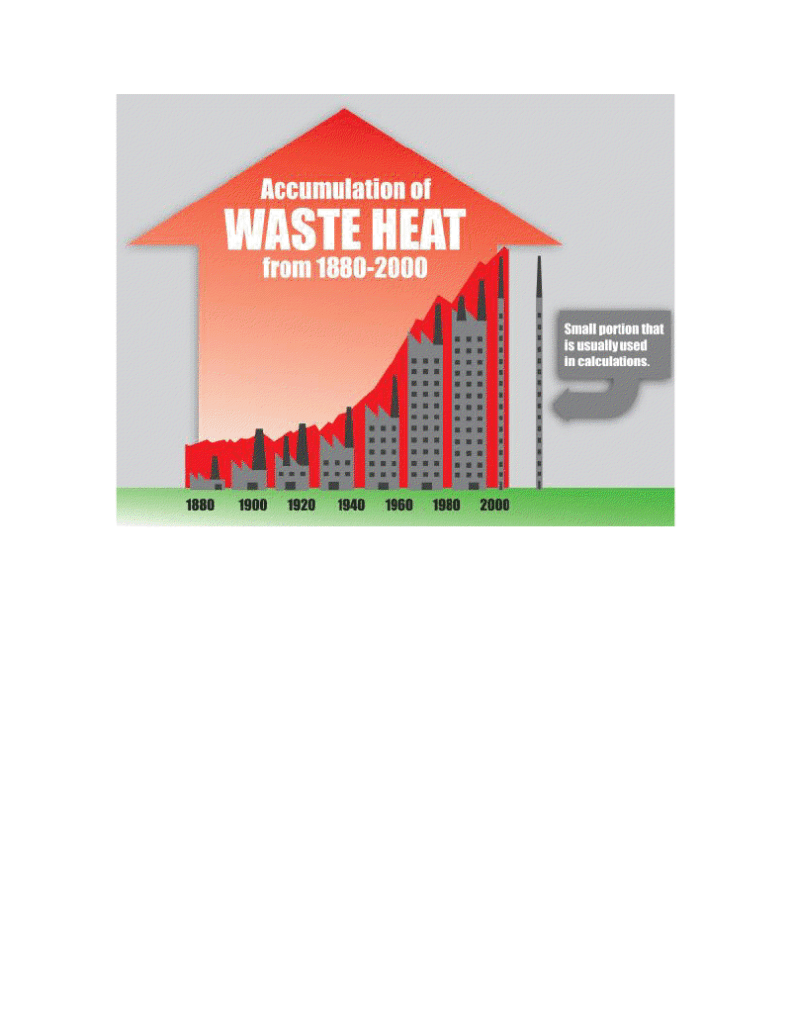