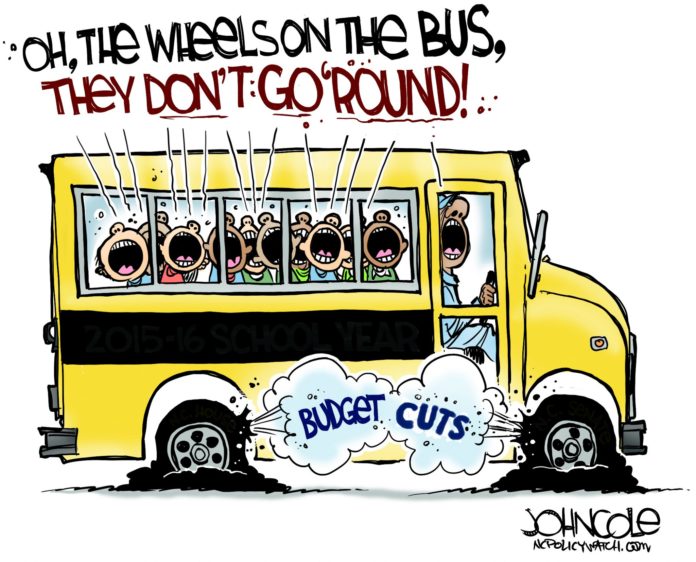 Brokelahoma: How Wrongheaded Thinking Got Us In This Mess

The Oklahoma economy, which is tied to the global economy, doesn’t work the way it did 100 years ago, and many of my former colleagues in the Legislature fail to understand this. Let me explain:

I voted against cutting the state income tax. Why? Because the income tax is the state’s cash cow, generating about one out of every three dollars the state collects.

I voted against special deals for the oil and gas industry and many other industries, as well, because when oil was a $100 a barrel we still had budget deficits.

A century ago, at the dawn of the industrial revolution, our nation – and to an extent all other industrialized nations – transitioned from agriculture-based economies to industry-based economies. They added jobs at a staggering pace.

This created the middle class commonly referred to as blue-collar workers. It also allowed for Social Security and other social programs to be solvent. All of this rapid economic expansion created a huge increase in the standard of living for millions of people. Fueled by the Cold War this economic expansion lasted from the 1940s into the 1980s.

The 1980s brought about another huge shift in our economy, and like before, the world economy soon followed suit. Two things happened: the fall of communism/the end of the Cold War and the invention of the computer.

The computer created efficiencies not possible before. The blue-collar industrial jobs that made up so much of the American workforce began to disappear, replaced by technological advancements in robotics or efficiencies brought by computers. Job sectors from accounting to painting were largely replaced by computers.

Today and moving forward, good paying jobs will require training beyond a high school diploma. There are fewer jobs available, and more competition for these jobs.

There are also fewer workers in the workforce paying taxes, and the baby boomers are getting old – 10,000 people turn 65 every day in the United States.

Oklahoma ranks last in education spending. We rank second in the nation for structurally deficient bridges. All across Oklahoma rural hospitals and nursing homes are closing and several healthcare indicators put Oklahoma at or near the bottom of the nation.

Here is another major issue many people – especially legislators – fail to understand. Almost every year for the last decade Oklahoma has borrowed money to balance the state budget. Without this borrowed money our state’s educational institutions, highways, hospitals and nursing homes would be nonexistent. Without borrowing money each year, the cuts to state services would have been much more devastating.

Oklahoma doesn’t have a spending problem. We have a revenue problem.

We rank last in the nation in spending on core services yet we still borrow money in order to balance the budget each year. Oklahoma’s spending is actually quite a ways below other states.

If Oklahoma leaders want this state to thrive, they must address the revenue issue first. We need investments in education, roads, internet and healthcare, not to mention paying down the debt.

We need a Legislature that prepares for the future and doesn’t live in the past. Our children deserve better than a last place education, and let’s not forget our senior citizens paid taxes all their life. They upheld they duty as citizens here, now they need politicians to uphold their end of the bargain.

It’s a revenue problem, not a spending problem. Oklahoma needs leaders that look 50 years in front, not 50 years in the rearview mirror.

– James Lockhart, a Heavener Democrat, represented District 3 in the Oklahoma House from 2010-16