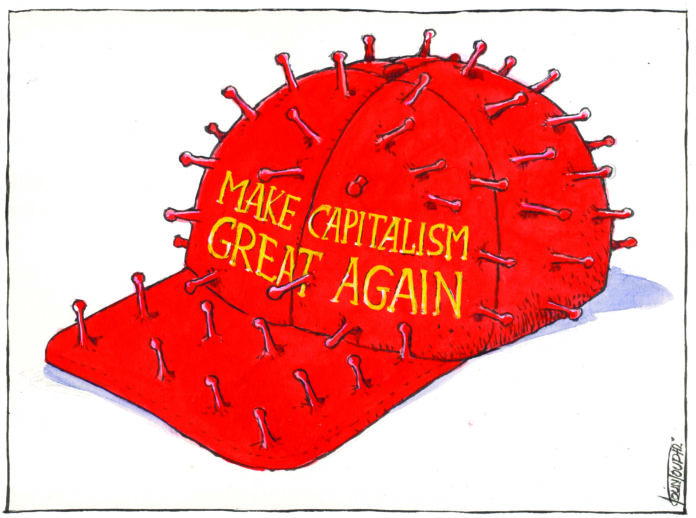 In a crisis, the limits and failures of a capitalist society become clear. Take GDP as one example.

Gross domestic product is the value of goods produced and services provided in the country in a given year. The U.S. is productive, no doubt. What the GDP doesn’t tell us is that workers, the real producers in this country, receive a fraction of the reward. And as laborers are laid off during this pandemic, they will suffer the lion’s share of the loss.

Most who lose their job also lose their health insurance. Now, they are not only broke but without access to healthcare.

Citizens in the legal system are in jeopardy, too.

Any crowded place is dangerous during a pandemic. Cities are dangerous. Long-term care and correctional facilities are dangerous. We can’t mitigate every danger, and maybe now is not the time to address why we have so many people locked up in the first place, but we must tackle real judicial reform when this storm is over, before the next pandemic arrives.

Oklahoma and Louisiana take turns being No. 1 and No. 2 in the number of prisoners per capita. Our austere economic systems are to blame.

If your only crime is an inability to pay court cost for a civil offense, you can be jailed. That amounts to debtors’ prison.

If your crime is addiction, a mental health disease, you are often jailed. Treating the disease is a more humane, and cheaper, option. It is better for families, too.

Both of these nonviolent crimes contribute to overpopulation in our jails and prisons.

We applaud the prisoner release, but it is a temporary fix. Jail populations will continue to grow, especially as the courts shut down and cases aren’t resolved. Law enforcement is still on the job. Crimes are still being committed and arrests being made.

We need to learn from failures now, and act on them as soon as we can. That means justice reform and Medicaid expansion, for starters, and support for the workers who create the wealth in this country. We need to do it quickly!

It would be unforgivable for us to do nothing, to fool ourselves into believing that another crisis like this won’t happen again.