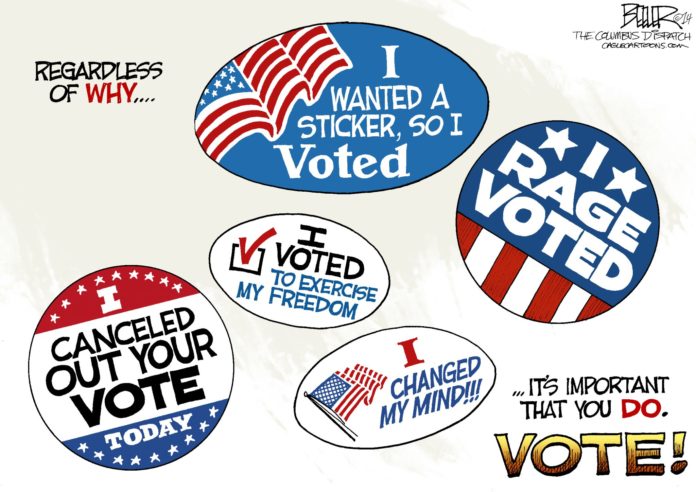 On July 25 the Oklahoma Democratic Party took strides to increase inclusion for registered voters. A party rules amendment was adopted by a nearly 3-1 vote to allow individuals who are registered Independent or who did not mark a party preference to be allowed to cast ballots in upcoming Democratic primary elections.

This could become effective as early as next month when the State Election Board has the opportunity to certify the decision of the party. No such change has been officially discussed by the state Republican Party.

Statistically, many persons who do not join one of the two major American political parties often identify with progressive views on social issues, while maintaining a fiscally accountable outlook when it comes to taxpayer dollars.

Broken down further, the state Republican Party has seen the percentage of 18- to 24-year-old voters decline by 35% since 2005. In comparison, the number of Democrats this age has declined by nearly 50%. Independent voter registration numbers have also suffered, declining by 26% since 2005 in this generation, but this remains the fastest-growing segment for choice of affiliation for newly registered voters.

The newspaper story reported turnout among 18- to 24-year-olds in the 2014 general election figured to be 14.5% of registered voters in that age group casting ballots. This trend is not unique to Oklahoma, as nationally, America’s youngest voters slipped from 50.9% showing up to vote in the 1964 presidential election to 38% in the 2012 election, according to a 2014 Census Bureau examination of presidential election voting trends.

The alarming part of these numbers is that this generation saw its total population grow 15% in the state since 2005, according to Census Bureau data. In other words, nearly two in three Oklahomans ages 18-24 were registered to vote in 2005, compared to 35% in 2014.

Most age groups have seen a decline in participation in recent elections. This is a problem partly created through technology and society.

Americans have been deluged with negative news and an onslaught of biased materials through social media. This is particularly disheartening to younger, more idealistic citizens as we see from their decreased participation. Their view of the political world is increasingly despondent, which often allows voters with extreme views to dominate elections, perpetuating the disillusionment.

Legislation was passed into law this year allowing the Oklahoma Election Board to develop an online voter registration system, beginning Nov. 1. The system should be easier for many to seek participation with this new method. We must also see greater opportunities at the ballot box, such as increased third party access and opportunities for better choices in candidates who qualify for office.

A few years ago, during my time in the Oklahoma House of Representatives, I authored legislation to allow all registered voters to cast a ballot in a specific party’s primary election if only candidates from that party filed for that office. The idea was that one political party should not have the sole authority to choose the elected official if two or more people filed for a position and they all happened to be members of the same party. This robs many voters of the opportunity to select their elected official just because someone from their party did not file for that office, and it excludes Independents completely.

This bill was met with opposition and it failed to receive a hearing in the House committee. I hope someone else takes it up, as this would allow for a healthy discussion for the best person to be elected, not just the one who could run farthest to one side of the political spectrum so as to appeal to voters in that party.

Until all registered Oklahomans take their vote seriously and have opportunities to vote for the best candidates, we will not see a full representation of the views of voters in the outcome of elections. There is no greater solution to accountability with elected officials than more voters of all ages taking personal responsibility by registering to vote, going to the polls and participating in their most important of guaranteed rights under our Constitution.

– Joe Dorman, a Rush Springs Democrat, served HD 65 in the Oklahoma House of Representatives for 12 years and was the 2014 Democratic nominee for governor. He is currently the community development director for Heart Mobile.