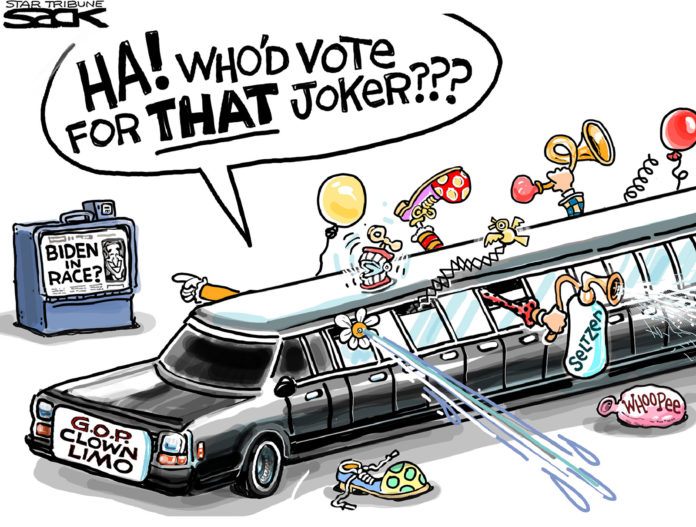 There is a difference between truth and spin. Spin is used to dress up a lie. Truth may not be as pretty, but it will set you free.

Whoever stands in the way of their schemes is called the enemy. A president who builds coalitions? The enemy. A senator who believes banks should be responsible when they bring down the economy? The enemy. People who believe everyone should have access to affordable healthcare? Well, they’re just socialists, and socialists are the enemy. Those who believe in freedom for all religions? They’re persecutors.

In reality, we shouldn’t be afraid of diplomacy. President Obama is not the enemy. Poor people are not the ones chipping away at our economic system. Neighbors who don’t look like us or speak our language aren’t the problem. Neither is a good, free liberal arts education.

Lies that stir up hate and stoke your fears make you a tool for power. If you can’t tell the difference between what the spinsters are selling you and what logic tells you is so, you are the one of whom we should be afraid.

It was good German people who burned synagogues and smashed windows. They blamed the wrong people for hard times, and in their ignorance, their neighbors were imprisoned, tortured, and killed.

It was Christians, people who loved their children and helped their neighbors, who shouted epitaphs at a young Ruby Bridges as she was escorted into the schoolhouse. You good people are at it again, incorporating your towns so poor kids and kids of color can’t attend your well-funded schools.

Patriots interred their Japanese neighbors after Pearl Harbor. Now they let fellow citizens be barred from the polling booth, brainwashed into believing that some votes don’t matter and some voices should not be heard.

Fear causes good people to do bad things. Your fears have been whipped to a hateful froth, and you are being used to help the warlords of commerce and politics gain power.

Then, there are the idiots: If you’re idea of a good president is someone who insults people with a swagger, you are a danger to us all.